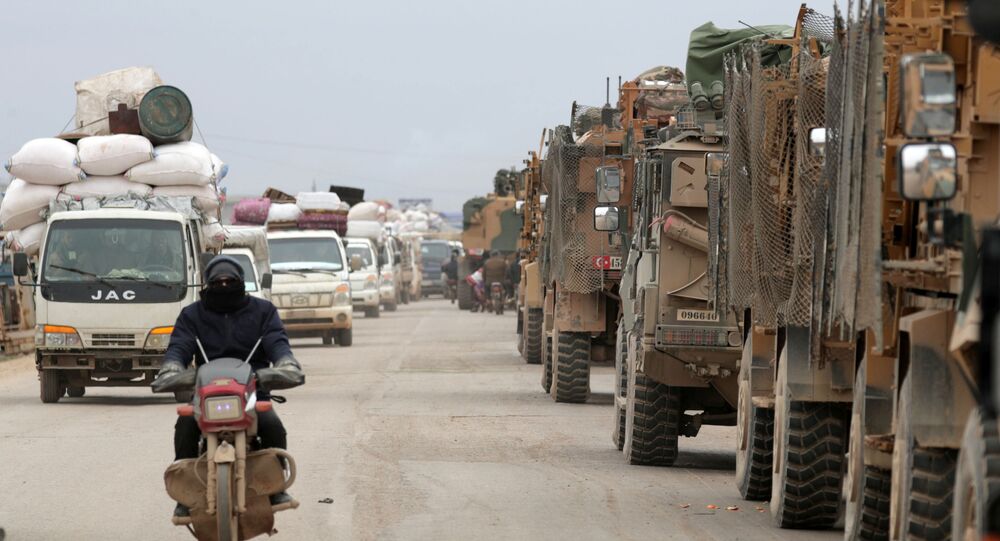 The development comes as 33 Turkish soldiers died on Thursday evening in a strike by Syrian forces. The Russian military later reported that Damascus forces had repelled a large-scale attack by the Hayat Tahrir al-Sham terrorist group, affecting Turkish troops embedded with the militants.

The Turkish Defence Ministry on Friday reported that one soldier was killed and two others wounded in Syrian government forces artillery fire in Idlib Province.

The ministry tweeted that Turkish army forces continue to attack Syrian government positions in the area.

The latest escalation in Idlib occurred as Hayat Tahrir al-Sham terrorists on Thursday launched an attack on the positions of the Syrian army, prompting a weaponized response.

According to the Russian Ministry of Defence, Turkish military personnel embedded with the terrorists also came under fire.

Ankara reported that its forces had lost 33 troops as a result of strikes, with 30 injured. Following the strikes, the Russian military took prompt steps to ensure a complete ceasefire on behalf of the Syrian army, and provide conditions for the safe evacuation of wounded Turkish soldiers.