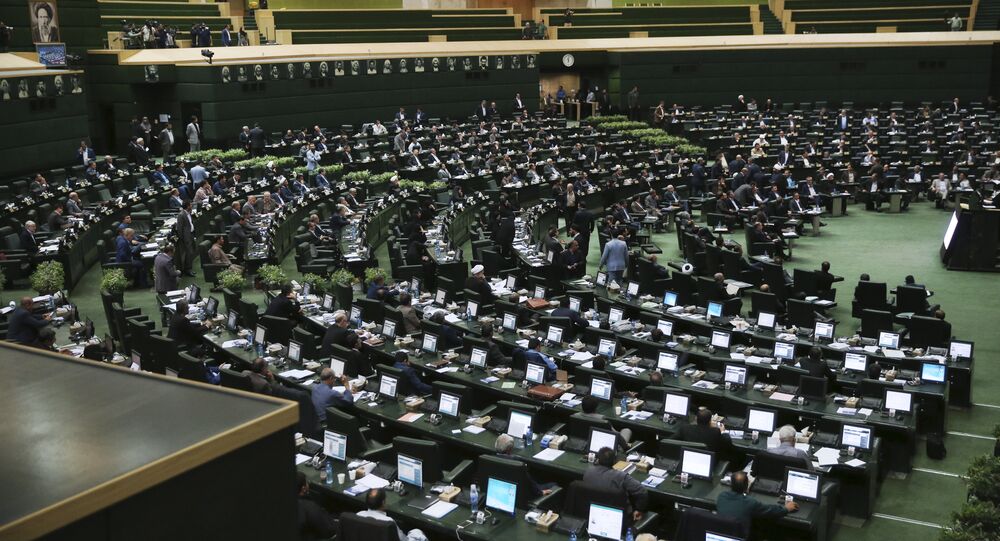 Iran remains one of the countries beyond China suffering the most from the coronavirus outbreak. Over a hundred people have been infected in the country, including a lawmaker and Deputy Health Minister Iraj Harirchi, who was leading the task force to tackle the epidemic. The official death toll stands at 34.

The Iranian Parliament is suspending its work amid the spread of coronavirus in the country, the spokesman for the legislative body revealed on Friday.

According to the spokesman, Asadullah Abbasi, Parliament will not be holding any sessions until further notice.

Iran has 388 confirmed cases of COVID-19 infection and 34 virus-associated deaths so far. The Islamic Republic's deputy health minister tested positive for the virus earlier this week.

Several other officials, including lawmakers Mojtaba Zonnour and Mahmoud Sadeghi and the Iranian Vice President for Women's and Family Affairs, Masoumeh Ebtekar, confirmed this week that they had contracted the illness.

The coronavirus disease, or COVID-19, originated in China but has since spread to dozens of nations around the world. So far, over 83,300 people have contracted the disease and more 2,850 have died from it. Italy, Iran and South Korea are currently experiencing the worst outbreaks in their respective regions.

However, the most recent figures indicate that over a third of the people who have contracted the disease have since recovered.