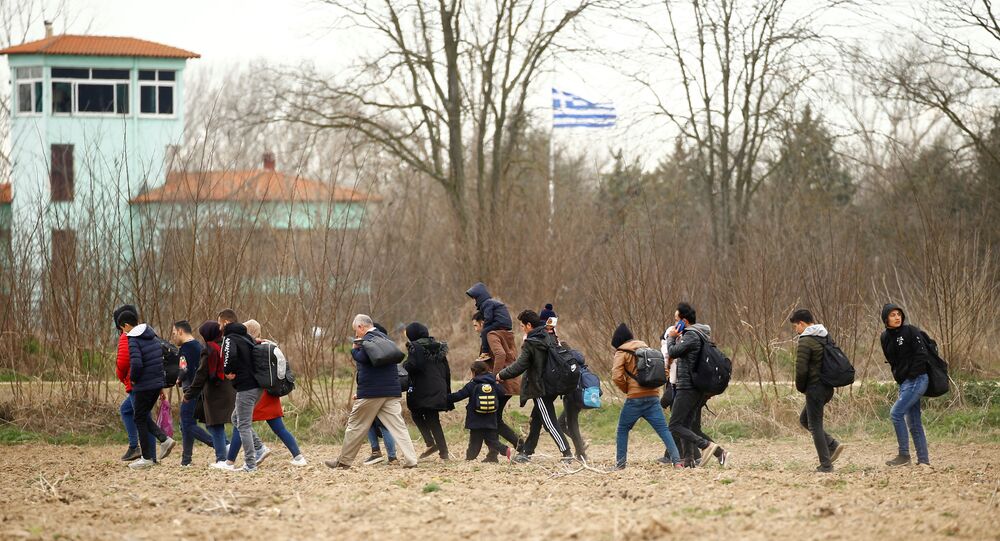 Ankara has linked a new refugee crisis with renewed hostilities in Syria’s Idlib Province, where the Syrian Army has been repelling militant attacks, some of which began under the cover of Turkish artillery fire, according to the Russian Defence Ministry.

Hundreds of refugees coming from Syria, Pakistan, Iran, and Iraq are currently moving towards Turkey’s borders with Europe following reports that Ankara will no longer prevent migrants from crossing them, Turkey’s Anadolu Agency reported. According to the media outlet, these refugees have been moving in large groups on foot and using vehicles via the cities of Istanbul, Edirne, Izmir, and Aydin.

A video shot by a Sputnik correspondent shows how some of these refugees are getting on buses travelling between Kazlicesme and Edirne, a city close to Turkey's borders with Bulgaria and Greece. The latter has recently started reinforcing its borders to prevent refugees from breaching it after having already dealt with a massive migrant influx during the 2015 crisis.

The Turkish Foreign Ministry stated that the country's policy towards refugees hasn't changed. Ankara struck an agreement with European states back in 2016 under which it agreed to host a significant portion of migrants, trying to leave the Middle East, in exchange for economic help from the European Union.

At the same time, the foreign ministry said that the migrant flow from Turkey to Europe might continue if the situation in Syria’s Idlib Province doesn't stabilise. Ankara claims that a military escalation in the province, caused by fighting between Syrian forces and local militants sometimes supported by Turkey, is responsible for a new refugee exodus to Europe.

Russia has repeatedly called on all parties involved in Idlib, including Turkey, to return to adhering to the Sochi agreements. Moscow specifically criticised Ankara over failing to distinguish Idlib-based terrorist groups from the so-called moderate opposition, willing to engage in dialogue with Damascus.