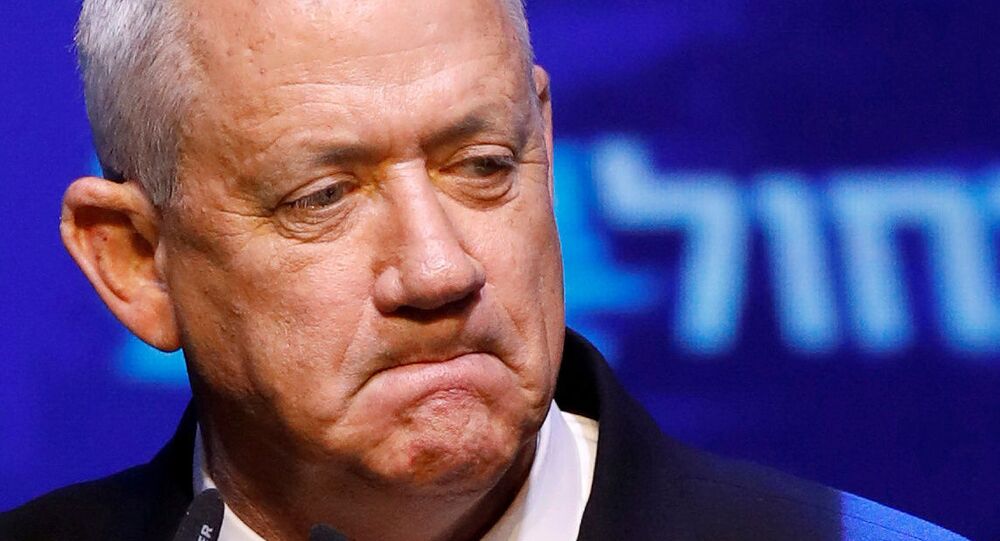 Blue and White came close to outperforming Benjamin Netanyahu's Likud during the last snap general election. However, neither Blue and White, nor Likud managed to form the form a government in the following months and now the country is going for third general election in less than a year scheduled on 2 March.

Head of the Blue and White alliance, Benny Gantz, has fired his campaign adviser,Yisrael Bachar, after a scandalous recording of him allegedly calling Gantz a "danger to Israel" was published by Israeli Channel 12. His firing comes despite the party itself coming to the defence of Bachar, who slammed the incident with the published recording, calling it a "despicable act" of libel.

"Bachar fell into a planned ambush which included personal exploitation, use of inappropriate means, and fraud - which will be dealt with via the judicial system. The political sources' manipulative involvement will also be revealed soon", the Blue and White alliance stated.

Yisrael Bachar himself slammed the publication of the recording, deeming it "part of a fraud campaign" and promised that the incident will be dealt with at a later date. He also accepted Gantz's decision to sack him noting that its serves the purpose of "completing Blue and White's election process". The adviser also praised his now former boss' candidacy in stark contrast with the statements heard on the scandalous recording.

The former adviser was not the only one affected by the recording's publication. Israeli lawmaker from the Blue and White alliance, Omer Yankelevitch, was allegedly quoted by Bachar as calling Gantz "stupid and completely incompetent" in the recording. Yankelevitch has since spoken with Gantz on the matter, claiming she never said such a thing.

The Blue and White alliance's key rival in the upcoming election, Likud didn't miss the opportunity to get in a few punches, claiming that Bachar was right about Gantz, who, in Likud's opinion, is not worthy of becoming prime minister and is "a danger to Israel's security" for allegedly being incapable of standing up to Iran.

Snap general elections, set for 2 March, will be the third in a less than a year for Israel, since no party managed to either gain a majority or build a coalition government after two votes in 2019.