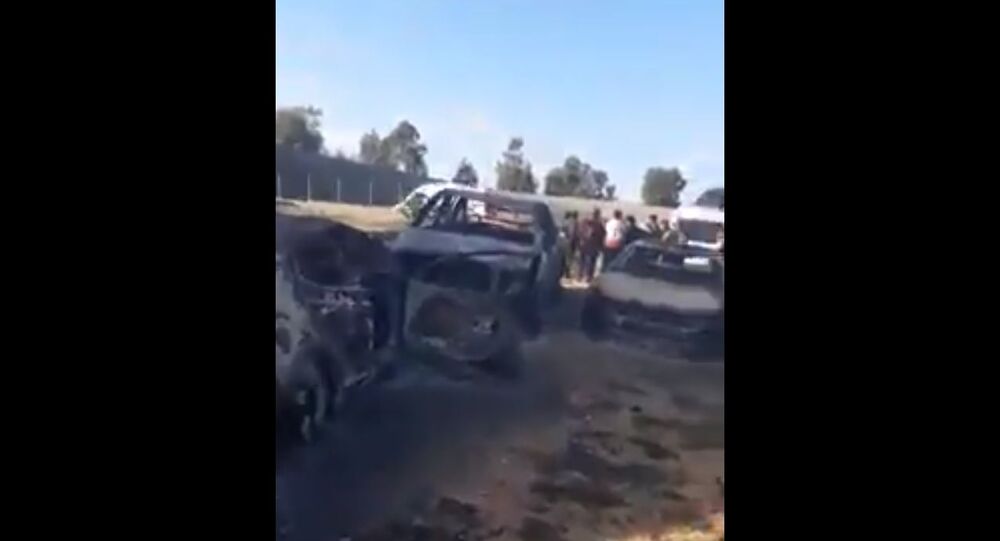 Ankara previously deployed forces to Libya in support of the Tripoli-based Government of National Accord (GNA) against the Libyan National Army (LNA), led by Field Marshal Khalifa Haftar, in a civil war between the two sides.

Ahmed al-Mismari, a representative of the Libyan National Army (LNA) led by Marshal Khalifa Haftar, on Thursday posted a video on his Facebook page featuring the alleged aftermath of a Turkish drone attack on a civilian neighborhood south of Tripoli.

The video, said to have been recorded by members of the LNA, shows houses and civilian cars purported to have been destroyed in an air strike in the Al-Rawajeh area, south of the capital.

Al-Mismari said that “the Turkish enemy” conducted a drone attack on civilians after their “impotence” in facing the Libyan army.

“These are what Erdogan says he kills in response to the killing of his invading soldiers on various fronts of Tripoli and their various locations,” al-Mismari wrote.

The spokesman said that the LNA is “awaiting a statement” from the head of the United Nations Support Mission in Libya, Ghassan Salame, to “ascertain the extent of civilianness [sic] of the occupied Mitiga airport”.

The video does not reveal, nor did the spokesman report, on a number of people who may have been killed or injured in the alleged attack.

“This is a breach of the cease-fire. This is a violation of human rights,” a soldier says in the video. “We will take revenge for these bloods today,” another stated.

Since the 2011 ouster and assassination of Libyan leader Muammar Gaddafi, the North African country has been involved in a brutal civil war. Currently, much of the country is divided between two centers of power — an elected parliament in the country's east supported by the LNA and Khalifa Haftar, and the UN-backed GNA in the west, headed by Fayez Sarraj.

On 12 December, Haftar announced the beginning of a new battle - in a fight that has been underway since April 2019 - in his long-standing campaign to capture Tripoli. The internecine warfare has seen vicious fighting on the city's outskirts.

In January, an international conference on Libya took place in Berlin, including representatives from Russia, the United States, the European Union, Turkey and Egypt. The sides at the time agreed to a ceasefire and non-involvement of third parties in the conflict.