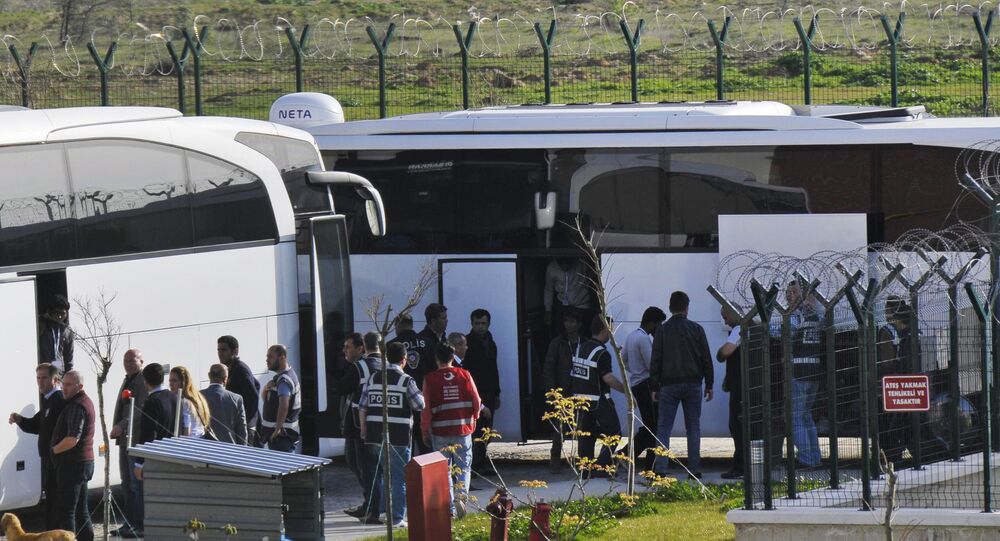 The move comes in anticipation of a possible new flow of refugees from Syria's Idlib province, where nearly a million people have been displaced.

Turkey’s AK Party Spokesman Omer Celik said on Thursday night that Ankara remain committed to its policies on migrants coming from Syria, but added the authorities can no longer stem the inflow.

The announcement comes amid a rapid deterioration of the situation in Syria's Idlib province, where 33 Turkish troops have been killed after coming under fire from Syrian forces.

In the meantime, Reuters, citing an unnamed Turkish senior official, reported that Ankara had stopped stemming migrants and refugees from reaching Europe by land and sea.

The Turkish official added that police, coast guard and border security officials have reportedly been ordered to withdraw.

Turkey and the European Union signed a landmark 6 billion euro ($6.6 billion) deal to help stem the flow of migrants to Europe. Terms of the agreement suggest that migrants arriving to the Greek islands would be returned to Turkey if their asylum application is denied by Athens.

The agreement also stated that EU countries should accept one Syrian refugee from Turkey for every returned migrant.

Turkish President Recep Tayyip Erdogan has repeatedly criticized the EU states for not doing enough to provide aid and resettlement for EU-bound migrants.