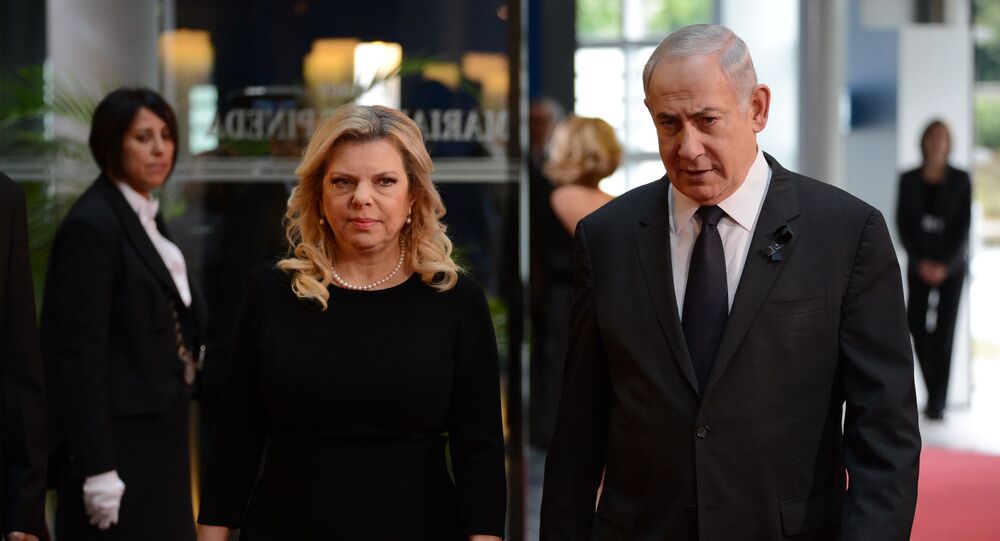 Wife of Israeli Prime Minister, Sara Netanyahu, is facing charges over allegedly causing "pain and suffering" to an unnamed former housekeeper at the Netanyahus' official residence, her attorney Opheer Shimson has announced. According to the housekeeper, cited by the attorney, she worked between June and November 2019. She had to quit her job due to not only sustaining continuing verbal abuse from Netanyahu's wife but also due to sustaining physical injuries after a fall allegedly caused by her "tyrannical demands".

"She adored the prime minister and saw her work at his home as a form of national service. But she's been traumatized by her experience. Everyone knew what was going on there, and no one can say otherwise", the attorney stated.

"Enough, save me, I want to die, the problem is that I don't have any choice and everyone knows that. It's impossible to live every day with a psychopath. I'm dying to leave before it's too late", Shimson read out loud.

The accuser's attorney also brought up several other occasions on which Sara Netanyahu allegedly abused his client. She namely claimed that the Israeli prime minister's wife screamed at her for failing to throw out the trash and demanded that she take a shower because she was "dirty".

On another instance, Sara Netanyahu allegedly accused the former housekeeper of trying to sow conflict between her and her husband, Benjamin Netanyahu and then became completely unhinged.

"Even the prime minister told her to stop. She was in a trance. In the afternoon, she had a fit, lay down on the ground, screamed and screamed like a lunatic, and shook with rage. She rolled around on the floor, and said that all of that was because of me", Shimson read out another part of the diary.

The Netanyahus have vehemently denied all accusations forwarded by the former housekeeper, who chooses to maintain her anonymity. Benjamin Netanyahu's Likud Party also slammed revelations, shown on Israeli TV branding them as "cruel, false, recycled and gossipy" directed to damage the party and the prime minister's reputation ahead of the general elections on 2 March.

This is not the first time Sara Netanyahu has faced accusations of mistreating house servants. A court awarded $42,000 in damages in 2016 to a man accusing her of abuse and harassment, depriving him of food and drink during work and demanding that he change clothes every few hours.

Some of the cases against the prime minister's wife already damaged his reputation – namely accusations regarding her spending $100,000 in government money on lavish food, which she admitted to in a plea deal. The new scandal comes as Benjamin Netanyahu himself faces accusations of bribery, fraud and breach of trust in two cases.

‘I’m Talking About a War’: Netanyahu Warns of Military Op in Gaza as Rocket Fire Continues