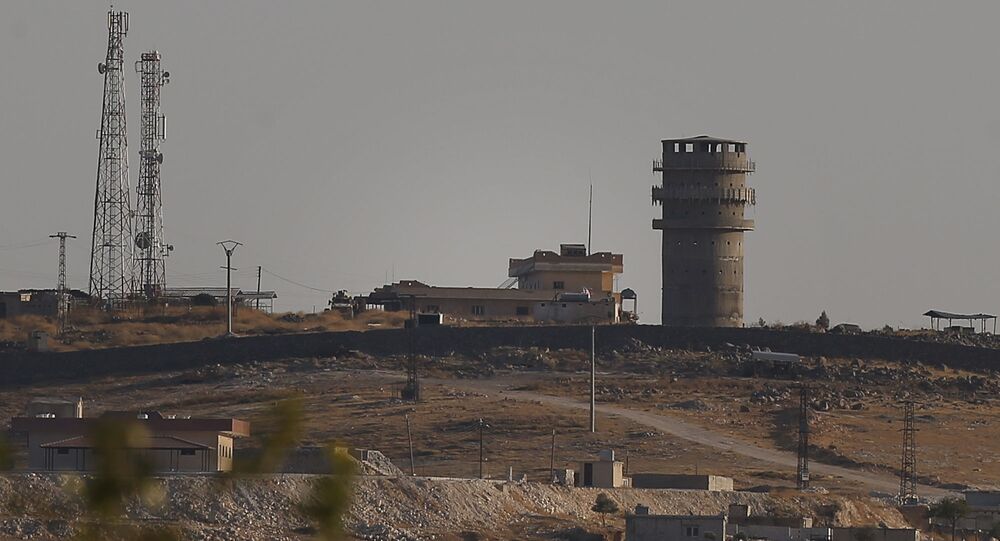 ANKARA (Sputnik) - Syrian government forces have launched an offensive in the Idlib province to recapture pockets of the region controlled by terrorists. Violence in the region has increased amid tit-for-tat strikes between government troops and Turkish units that maintain observation posts in northwest Syria.

"Our minister and his US colleague discussed over the phone the solution to the problem in Idlib, first of all, exchanged opinions on bilateral regional issues and discussed defence and security," the ministry said.

Tensions escalated in Idlib province after the Syrian military shelled a Turkish observation post on February 3, killing six military personnel and one civilian contractor. Turkey responded with a number of retaliatory strikes, and Turkish President Recep Tayyip Erdogan announced on Friday that some 150 Syrian soldiers have been killed.

Ankara has requested two Patriot batteries from the US to repel attacks by Syrian troops in Idlib. A Pentagon official revealed last week that the US had not yet made a decision to approve the request, adding that negotiations on the situation in Idlib continued.

Turkish President Recep Tayyip Erdogan said earlier this week that he had not yet received needed support from the United States regarding the situation in Syria's Idlib, expressing the desire to discuss this once again with US President Donald Trump.