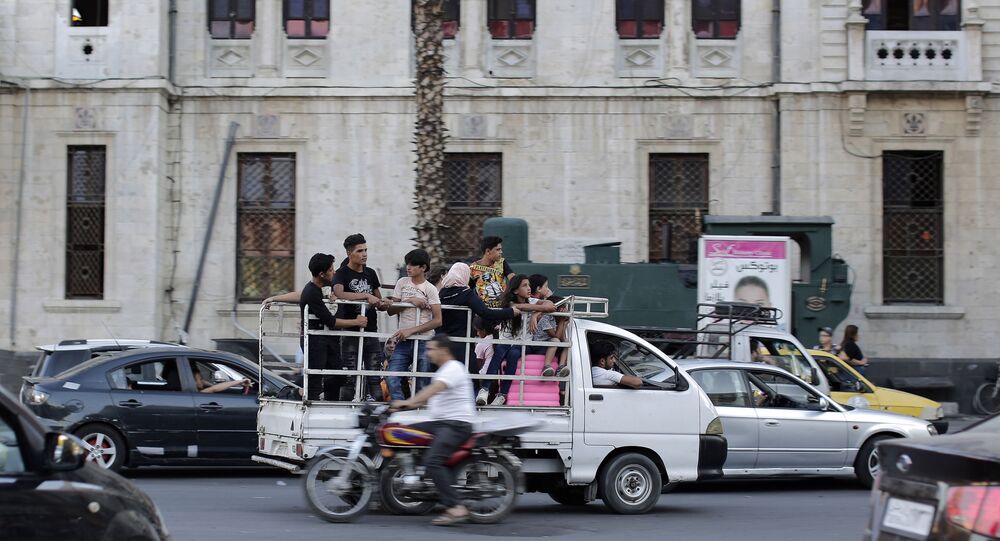 Earlier in the month, a car bomb detonated in central Damascus near the city's largest market and injured one civilian.

An explosive device has gone off inside a pickup truck in the Al-Marjah area of the Syrian capital Damascus, SANA reported on Thursday.

There were no immediate details about the number of casualties in the explosion. No group has claimed responsibility for the blast yet.

Since the Syrian government has retaken most areas of the country previously held by terrorists, life in the capital has been getting back to normal. However, Damascus is still occasionally rocked by bomb blasts.

On Monday, a blast in the capital city left one civilian dead and two injured. According to SANA, the explosion was the result of an improvised explosive device left near garages in the Bab Masli area of Damascus.