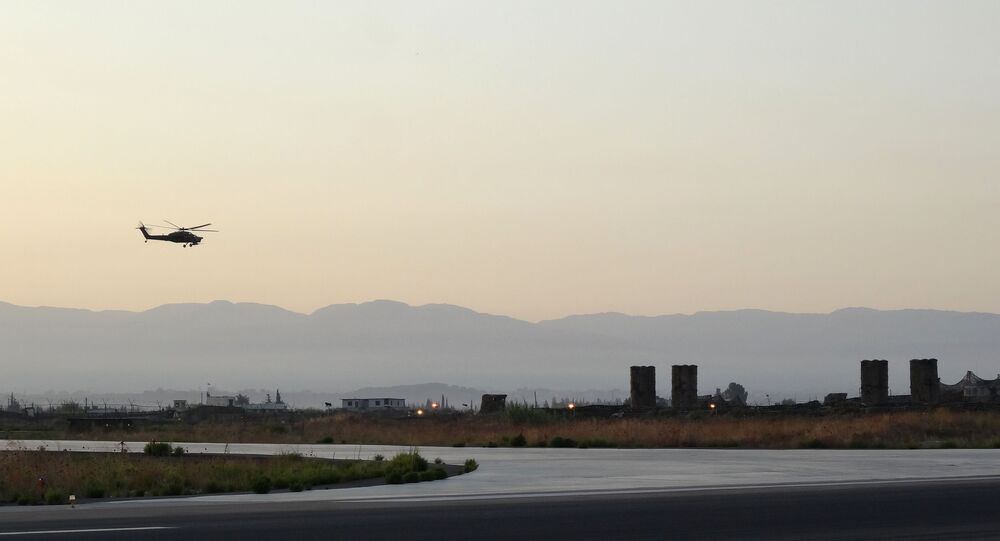 There were unconfirmed reports of explosions heard in the province of Damascus earlier today. The Hmeymim airbase, where the Russian Aerospace Forces are stationed, is located near Jeblah.

The Syrian Air Defence is repelling an attack on the city of Jableh on the Mediterranean coast in the province of Latakia, Al-Ekhbariya reported on Wednesday.

"Air defences are intercepting hostile targets in the vicinity of the city of Jableh", the report said.

There has been no information so far concerning possible casualties or damage as a result of the attack.

The coastal province of Latakia is almost completely under Damascus' control except for some areas.

Tensions have been high recently in Syria, mainly in the provinces of Idlib, Aleppo and Latakia. Earlier in the day, the Russian Foreign Ministry said Russian and Syrian forces have continued to come under attack in Idlib, while there were also attempts to attack Russia's Hmeymim airbase. On 10 February, Russian forces thwarted two attacks on the Hmeymim airbase that used combat unmanned aerial vehicles launched from the area of the Idlib de-escalation zone.

In Idlib, the Syrian army has been carrying out counter-terrorism operations for quite a while, aimed at eliminating the terrorist elements in the province. The Syrian forces have also liberated most of the remaining militant-controlled areas in western and northwestern Aleppo province.

Syria has been embroiled in a devastating civil war since 2011, with the government forces fighting against opposition groups, as well as militants and terrorist organisations, including Daesh* and Hayat Tahrir al-Sham (formerly known as Al-Nusra Front*).