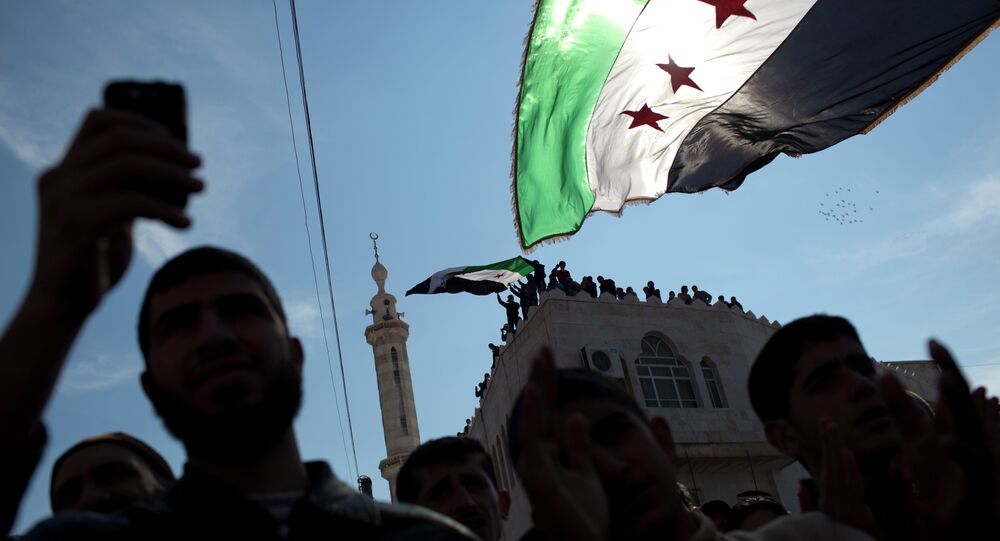 The Pentagon’s inspector general has found that US commanders could not properly account for $715.8 million in weapons destined for the “Vetted Syrian Opposition” in fiscal years 2017 and 2018.

According to the February 13 report, leadership at Special Operations Joint Task Force-Operation Inherent Resolve (SOJTF-OIR) - which is part of Combined Joint Task Force-OIR (CJTF-OIR), the US military’s mission in Syria - failed to properly account for nearly $716 million in weapons procured for distribution to US-backed rebels fighting against the Syrian government. In addition to not maintaining comprehensive lists of all equipment purchased and received, the weapons were stored improperly, allowing them to rust and leaving them vulnerable to theft.

The report notes that personnel with 1st Theater Sustainment Command (TSC) “did not properly store or secure CTEF-S [Counter-Islamic State of Iraq and Syria Train and Equip Fund] equipment at the BPC [Building Partners Capacity] Kuwait warehouse in accordance with DoD guidance, Army regulations, or SOJTF-OIR standard operating procedures. For example, 1st TSC personnel stored weapons outside in metal shipping containers, exposing the equipment to harsh environmental elements, such as heat and humidity.”

Department of Defense Office of Inspector General
Photo of a rusted rocket propelled grenade included in the DOD IG report of February 13, 2020

“This occurred because SOJTF-OIR personnel did not divest or dispose of CTEF-S equipment, which led to overcrowding at the BPC Kuwait warehouse,” the Department of Defense Inspector General wrote on Monday, when the audit was released to the public. “In addition, according to 1st TSC’s inventory records, 1st TSC personnel stored 4,144 Category II weapons (sensitive weapons), such as machine guns and grenade launchers, outside in metal shipping containers and not in a facility that met the requirement for storing Category II weapons.”

The IG further notes that the failure to account for equipment already procured makes using the $173.2 million set aside for equipment for Syrian rebels in fiscal year 2020 all the more difficult, since “SOJTF-OIR personnel could order equipment that SOJTF-OIR already has in stock, risking unnecessary spending of CTEF-S funds and further overcrowding the BPC Kuwait warehouse resulting in equipment being stored outside.”

The Pentagon’s Train and Equip program in Syria is the public-facing part of a two-pronged effort to cultivate rebel forces in Syria capable of overthrowing Syrian President Bashar al-Assad as well as pushing back Daesh. According to a Congressional Research Service (CRS) report updated on February 12, the program has seen more than $2.3 billion allocated towards it between fiscal years 2015 and 2021.

CTEF was expected to prepare thousands of fighters in Syria for battle, and Washington closely coordinated the effort with Ankara, which ensured Turkish-backed proxy fighters in northern Syria got the best pick of weapons. Just a few dozen of the tens of thousands of fighters expected by the program have actually been trained, but the program succeeded at arming Kurdish militias in the country’s east, which successfully carried the fight to Daesh.

As the US Army steadily pares down its forces in Syria, the CTEF continues to receive funding as support for Kurdish fighters, styled as the Syrian Democratic Forces. However, a militia called Maghawir al-Thawra (the Revolutionary Commando Army) continues to receive a small amount of support from the US to continue its patrols around the remote at-Tanf US base in extreme southern Syria, the CRS report notes.

The quieter counterpart to Train and Equip was the CIA’s Operation Timber Sycamore, a program on which more than $1 billion was spent by the time US President Donald Trump ended it in 2017. It trained thousands of fighters, but like CTEF, it also funneled weapons to al-Qaeda-connected groups like the al-Nusra Front. Reorganized as Hay’at Tahrir ash-Sham, the group is now supported by Turkey in Idlib Governorate against Russian and Syrian government forces.

The Russian Reconciliation Center for Syria said earlier this week that US forces in northeastern Syria were “intensively saturating the territory east of the Euphrates river with weapons and ammunition,” noting the arrival of 13 military convoys in the region from Iraq since the start of the year.

Russian Rear Adm. Oleg Zhuravlev, who heads the center, noted the weapons are being used both in clashes between rival militant groups as well as against Turkish-backed forces in northern Syria.