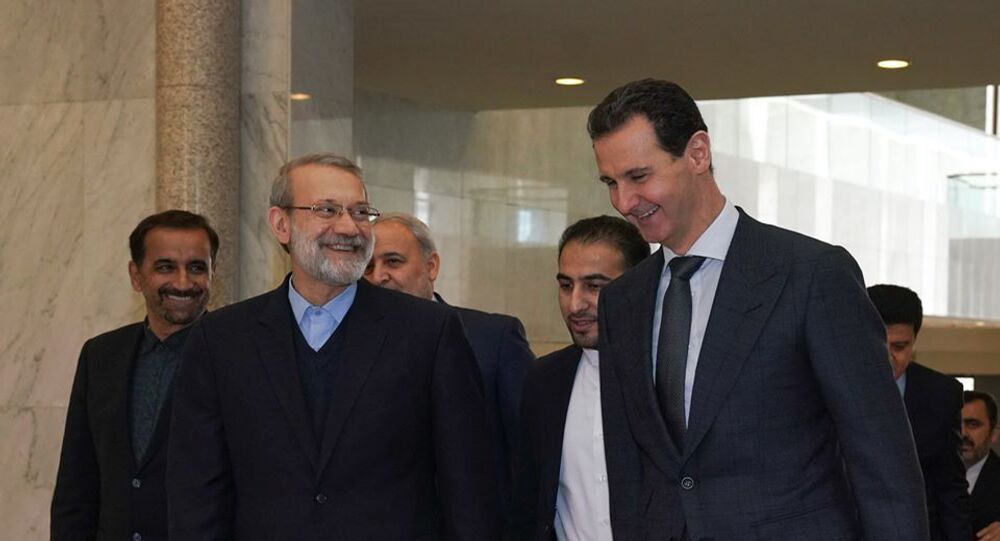 Earlier in the day, the Speaker of Iran’s Parliament Ali Larijani arrived in Damascus to hold talks with the Syrian leadership over the recent developments in the country.

"Countries hostile towards Syria continue defending terrorists, who use civilians as live shields," the statement reads.

The Syrian head of state has once again expressed his determination to drive out terrorists from his country.

Ali Larijani said that Iran would continue supporting Syria's war against terrorism and expressed hope that the Syrian people will be able to free their land.

Earlier in the day, prior to his flight to Damascus, Larijani said that Syria had shown that the Axis of Resistance – Iran’s sphere of influence in the Middle East – is pursuing “good objectives.”

The Syrian government’s campaign to retake the last rebel-held province of Idlib has been met with resistance by Turkey, which maintains a strong presence in the region.

© AP Photo / APTN
Turkey Vows to Drive Syrian Army Out of Idlib Unless It Leaves Province by End of February
The situation in Idlib has escalated in recent weeks after Turkish military units came under fire from Syrian government forces, and two Syrian helicopters were shot down.

Ankara has accused the Syrian government forces of violating the ceasefire in Idlib and has threatened military force unless the situation changes. Damascus, in turn, has stated that it has the right to retaliate against continued militant attacks on civilians and government forces in Idlib.