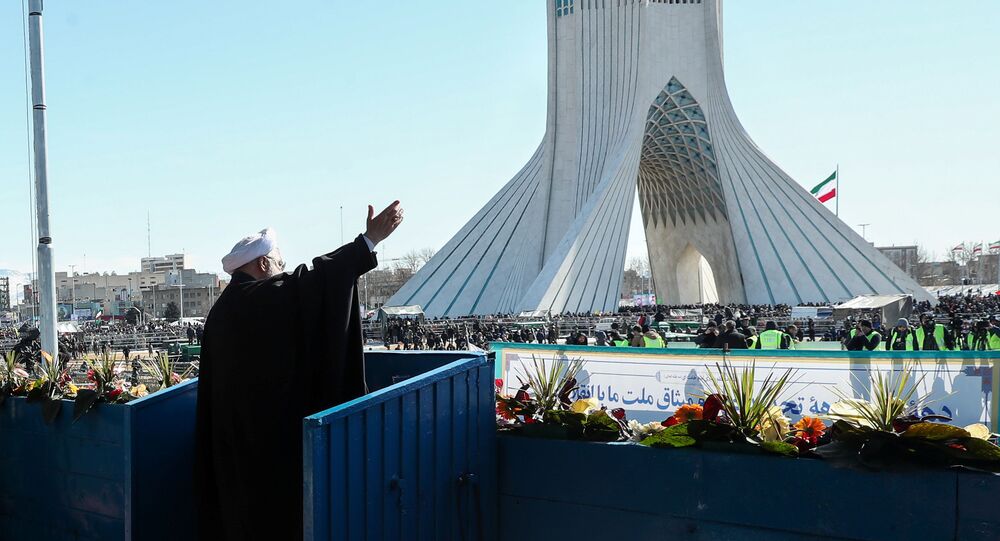 Iranian President Hassan Rouhani has stated that Tehran will only sit down with Washington if the US returns to the 2015 Iran nuclear deal and scraps sanctions against the Islamic Republic.

“Iran will never negotiate under pressure ... We will never yield to America's pressure and we will not negotiate from a position of weakness. America's 'maximum pressure' towards Iran is doomed to failure”, Rouhani told reporters in Tehran on Sunday.

He pointed out that the Iranian economy is still thriving in the face of the US “maximum pressure” policy toward Tehran.

Rouhani also emphasised that “securing peace and stability in the sensitive region of Middle East and in the Persian Gulf is impossible without Iran's help”.

The statement comes after Rouhani made it clear late last month that Tehran would never look to obtain an atomic weapon, with or without the Iran nuclear deal, also known as the Joint Comprehensive Plan of Action (JCPOA).

"We have never sought nuclear weapons […]. With or without the nuclear deal we will never seek nuclear weapon […]. The European powers will be responsible for the consequences of violating the pact”, Rouhani stressed.

Earlier, Rouhani rejected a proposal for a new "Trump deal" to resolve a nuclear spat as a “strange" offer, blaming the US President for his failure to deliver on promises.

Iran Says It Will Not Stick to JCPOA

On 5 January, Tehran announced that it would no longer comply with the limits of the JCPOA, which was set to considerably reduce Iran's nuclear programme and its stockpile of medium- and low-enriched uranium in exchange for the removal of international sanctions.

Trump signalled Washington’s unilateral withdrawal from the JCPOA on 8 May, 2018, reimposing tough sanctions against Iran’s banking and energy sectors.

Other parties to the agreement attempted to find a mechanism to evade the restrictions to keep the deal alive, with Iran complaining that these efforts weren't working effectively.

The JCPOA agreement was reached between Iran, the US, the EU, Russia, China, France, Germany and the UK in 2015 in Vienna, and obliged Tehran to limit its nuclear programme in exchange for the removal of nuclear-related international sanctions.