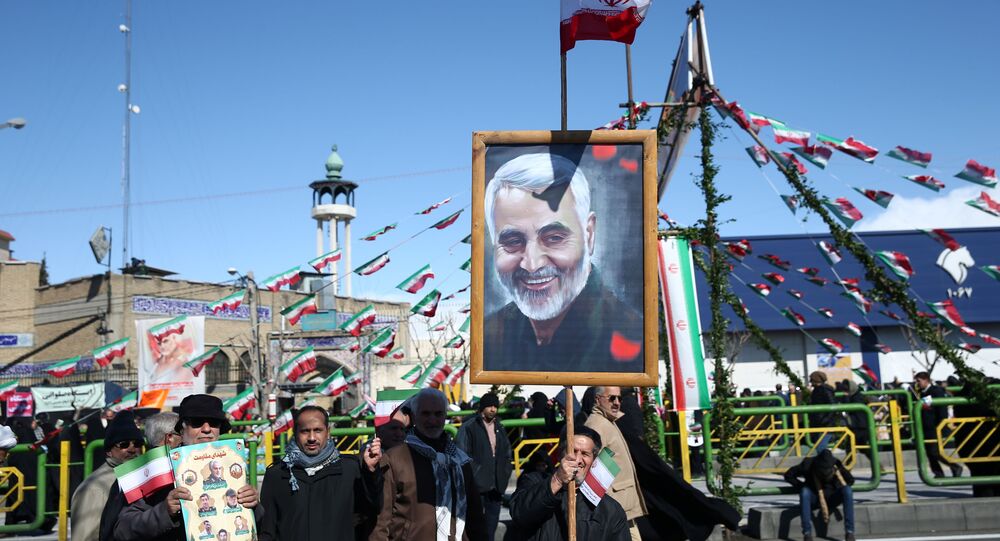 Earlier this week, spokesman for the Islamic Revolutionary Guard Corps (IRGC) Brig. Gen. Ramezan Sharif that the US assassination of the elite Quds Force Commander Qasem Soleimani would lead to the "liberation of Jerusalem" from Israel.

Hezbollah has built a statue in honour of the assassinated Iranian Maj. Gen. Qasem Soleimani in southern Lebanon.

The statue is pointing at Israel and is built near observation decks so that people can observe Israel.

The unveiling ceremony came on the 40th day of Soleimani’s death and shortly after IRGC spokesman Brig. Gen. Ramezan Sharif said that the general's assassination will lead to the "liberation of Jerusalem" from Israel.

Tehran considers Israel to be closely cooperating with the US and has repeatedly promised to destroy both countries.

Soleimani, 62, was killed in a US drone strike in Baghdad, Iraq on 3 January along with Iraqi Shia militia commander Abu Mahdi al-Muhandis.

US Air Force
US-Iraq Joint Operations Returning to Normal in Wake of Soleimani Killing - Official
The US Defence Department blamed Soleimani for a rocket attack days earlier that killed an American military contractor, claiming that the Iranian Quds Force commander was developing plans to kill US diplomats and soldiers.

Responding to the assassination, Iran launched missile strikes targeting two facilities hosting US troops, warning their Iraqi counterparts ahead of time about the impending strikes.

The strikes were said to have resulted in no deaths or serious injuries, although the Pentagon has since admitted that at least 109 US service members have been diagnosed with traumatic brain injuries.