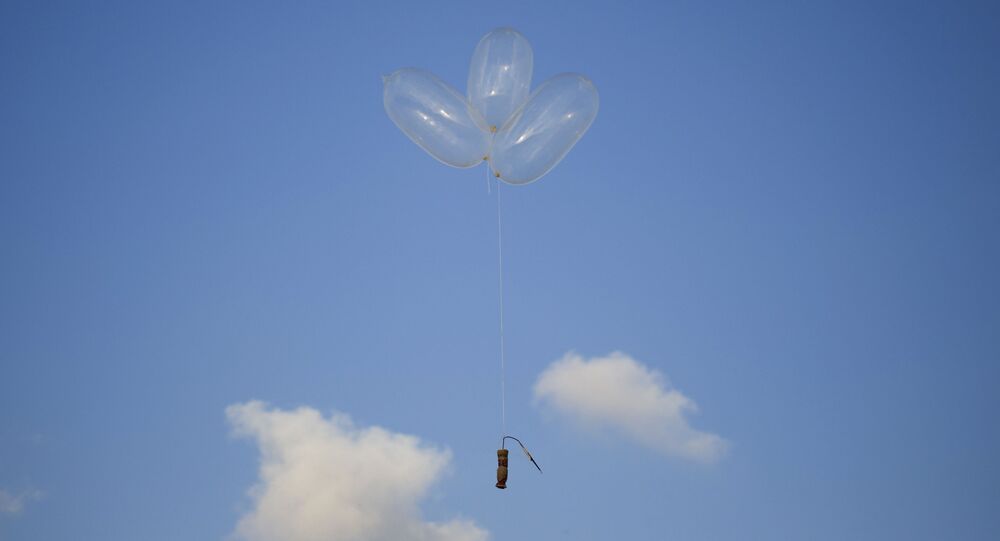 Earlier, Israeli Prime Minister Benjamin Netanyahu cautioned Hamas against launching any more projectiles from the Gaza Strip into Israel, warning that the Palestinian militant group that it would be in for “the surprise of their lives” if attacks continued.

Hamas has unilaterally agreed to halt its arson balloon and rocket attacks against Israel, Channel 12 has reported, citing an unnamed defence official.

According to the Israeli television channel, the militant group halted the attacks as a “gesture of good will,” with hopes that Tel Aviv might reciprocate by expanding the fishing zone for Gazans in the Mediterranean Sea from 10 to 15 nautical miles, and provide 500 permits to allow exclave businessmen to enter and exit the territory at will.

Channel 12’s source said Tel Aviv was “skeptical” about Hamas’s promise, but would make an attempt on its part “to restore stability to the Gaza border communities” if the ceasefire held. “Tonight and the coming weekend will serve as a test of stability,” the source said.

Egyptian negotiators reportedly sought to soothe tensions between Hamas and Israel earlier this week, sending delegations to Gaza on Monday and Wednesday.

Earlier this week, Prime Minister Netanyahu warned that the Israeli military was “preparing for Hamas the surprise of their lives” if arson and rocket attacks against Israel continued. He did not elaborate on what he meant.

Lacking conventional military capabilities, Hamas, which has enjoyed de-facto control over the Gaza Strip since 2007, intensified rocket and fire balloon attacks in recent weeks following the publication of US President Donald Trump’s ‘Deal of the Century’ Israeli-Palestinian peace plan. The proposal recognizes Jerusalem as Israel’s capital, and Israeli sovereignty of Syria’s Golan Heights and large swathes of the West Bank. In exchange, the plan offers the Palestinians tens of billions of dollars in investments. The Palestinian Authority rejected the plan, saying it belongs in the “garbage can of history.” Deal or no deal, Netanyahu has pledged to annex settlements in the West Bank and the Jordan Valley if his Likud Party and its allies are elected in March.

Israeli warplanes struck multiple targets in Gaza on Sunday, targeting a training camp and military infrastructure after the launch of a rocket into Israeli territory earlier in the day.