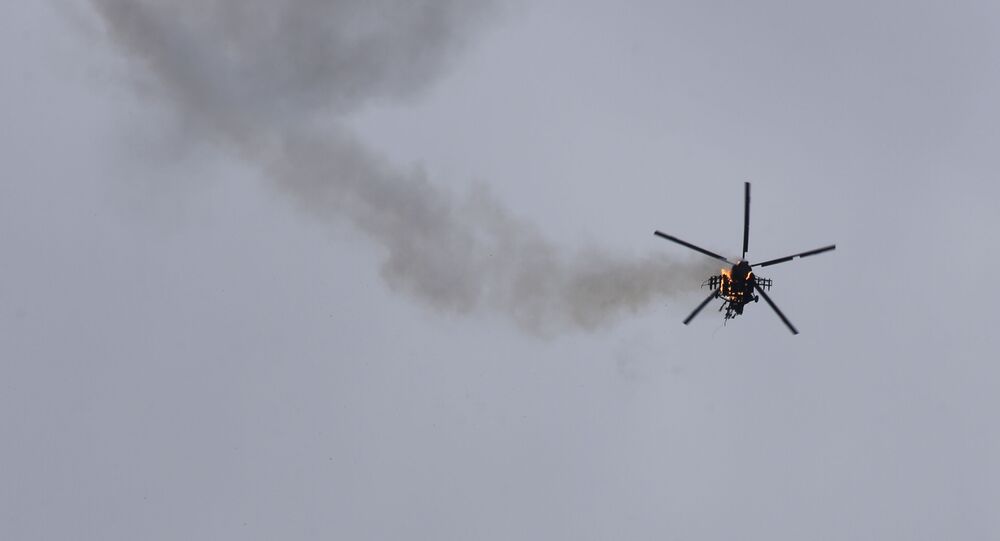 Earlier on Friday, militants reoortedly shot down a Syrian army helicopter in the country’s Aleppo province, in what has become the second such downing over the past three days.

A spate of video clips showing a Syrian army helicopter being downed by militants near Syria's Aleppo province has emerged online.

Several videos showed what looked like burning wreckage of the alleged Syrian chopper, while in other clips, a downed helicopter is seen quickly falling to the ground in Aleppo.

The helicopter after its fall in the western countryside of Aleppo pic.twitter.com/TZ6sifZuiw

Syrian helicopter shot down in west Aleppo - second time in a week pic.twitter.com/DckODaNPku

NEW — Local reports suggest a second Syrian military helicopter is shot down by rebels in the West of Aleppo.

​The clips were posted on Twitter after media reports said on Friday that Jabhat al-Nusra* militants had downed a Syrian army helicopter as it was flying over Al Atarib in Aleppo province.

This has become the second such downing over the past three days in northwestern Syria, where Turkey-backed militants destroyed a Syrian Army copter on Tuesday.

The downing came amid escalating tensions in northern Syria which deteriorated after eight Turkish nationals were killed after Syrian forces shelled one of Turkey's observation posts in Idlib. The Turkish military retaliated by launching an air strike which Ankara claimed had killed 76 Syrian servicemen.

Idlib is one of four de-escalation zones created in Syria by Russia, Iran and Turkey during talks in May 2017. The province is one of the remaining militant strongholds in the country, with pockets of the region controlled by terrorist groups.

*Jabhat al-Nusra, a terrorist group banned in Russia and a number of other countries