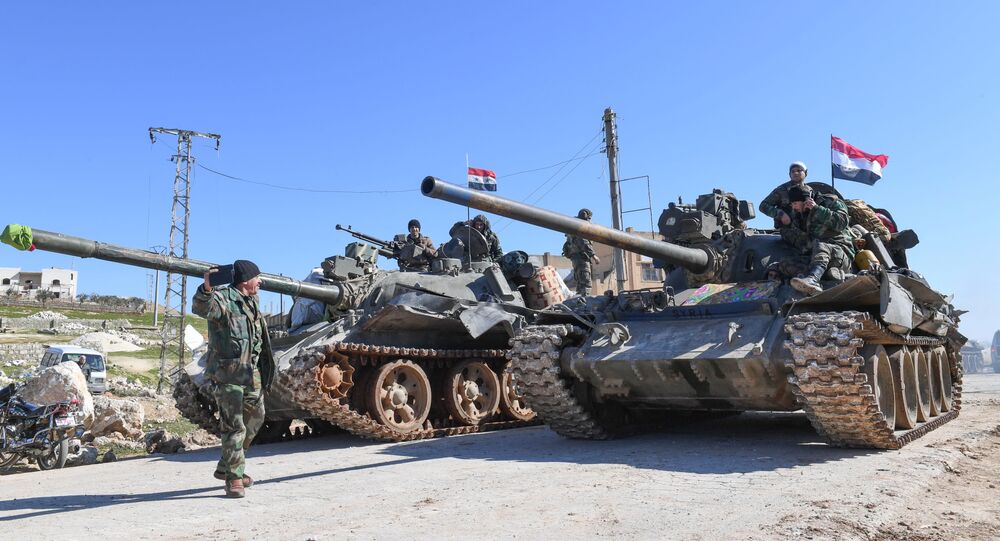 The Turkish Defence Ministry previously stated that the Syrian Army was pushed out of al-Nayrab and that one of its helicopters was downed the same day.

Syrian military forces have recaptured the village of al-Nayrab in Idlib Province after the 25th Army Brigade briefly retreated from it following a surprise attack by terrorist forces, a Sputnik correspondent on site reported. The forces started to take back control over the village less than an hour after abandoning it in order to prevent the terrorists from reinforcing their positions in al-Nayrab, the correspondent added.

According to the Syrian Army command around 150 fighters from the Jabhat al-Nusra* terrorist group have participated in the attack on al-Nayrab, with 148 of them killed by Damascus’ forces. Two wounded militants managed to flee back to terrorist-controlled territories.

At the same time, the Syrian Army located to the west and east of the nearby city of Saraqib, has started to fortify its positions to repel expected attacks by the Jabhat al-Nusra* terrorist group in this direction.

© AFP 2020 / OMAR HAJ KADOUR
Syrian rebel fighters gather around the burning remains of a military helicopter after it was shot down over the village of Qaminas, about 6 kilometres southeast of Idlib city in northwestern Syria on February 11, 2020

Turkey's Defence Ministry earlier said that the Syrian Army abandoned the village and lost one helicopter on 11 February. Both of the helicopter's pilots reportedly died in the incident. The aircraft was reportedly shot down in the middle of a fight between the Army and militants linked to the Jabhat al-Nusra* terrorist group, based in Idlib Province alongside other militants.

Russian President Vladimir Putin and his Turkish counterpart Recep Tayyip Erdogan are expected to hold a phone conversation in order to discuss the recent escalation in Idlib Province, specifically between Turkish and Syrian forces. Ankara claimed on 10 February that five Turkish soldiers died as a result of Syrian Army shelling of an observation post in Idlib and that the Turkish Army retaliated, striking over 100 Syrian government targets. Turkey has called on Russia and Iran to take steps to prevent further incidents and escalations.