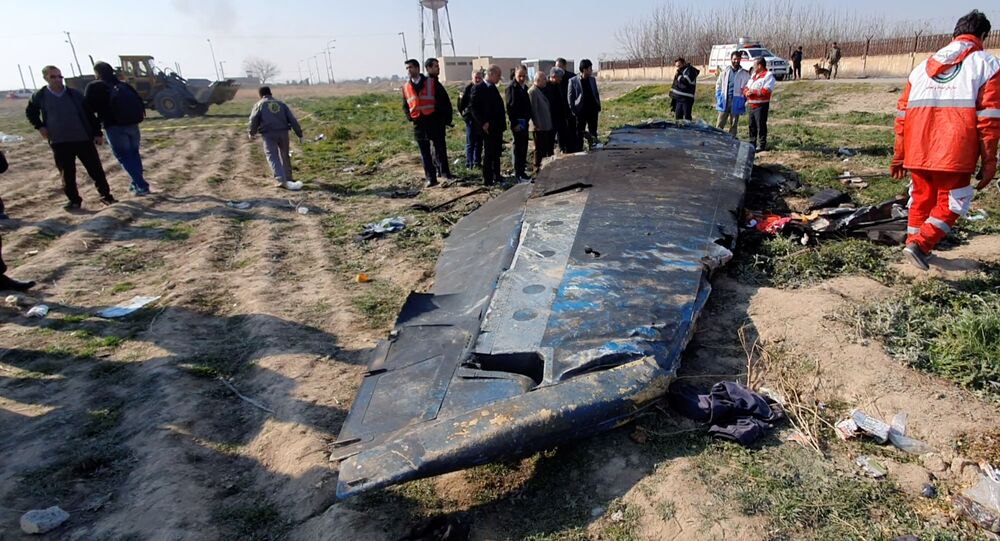 Canadian lawyers previously submitted a class-action lawsuit on behalf of the victims of the crash, demanding $1.1 billion in compensation from the Islamic Republic. Among the 176 people on board, there were at least 57 Canadian nationals.

Iranian Foreign Minister Mohammad Javad Zarif has responded to the complaint about the Ukrainian plane crash, calling it groundless.

"Iran's actions are based on international rules", Zarif said, according to the website Khabaronline.

A Kiev-bound Boeing belonging to Ukraine International Airlines crashed on 8 January, just minutes after taking off from Tehran's Imam Khomeini International Airport. Iran announced three days later that the plane was accidentally downed by its air defences, having been mistaken for a hostile American cruise missile.

The Islamic Republic expressed its condolences to the victims and their families and pledged to hold all those responsible to account.

The tragic incident occurred amid heightened US-Iran tensions following the assassination of Iranian Quds Forces commander Qasem Soleimani by a US drone in Baghdad. Washington killed Soleimani and several Iraqi Shia militia commanders, claiming that the Iranian major general was planning attacks against American embassies in the region.

In response, Tehran hit several American military facilities at the Ayn al-Asad Air Base in Iraq and was expecting a retaliatory strike at the time of the catastrophe.