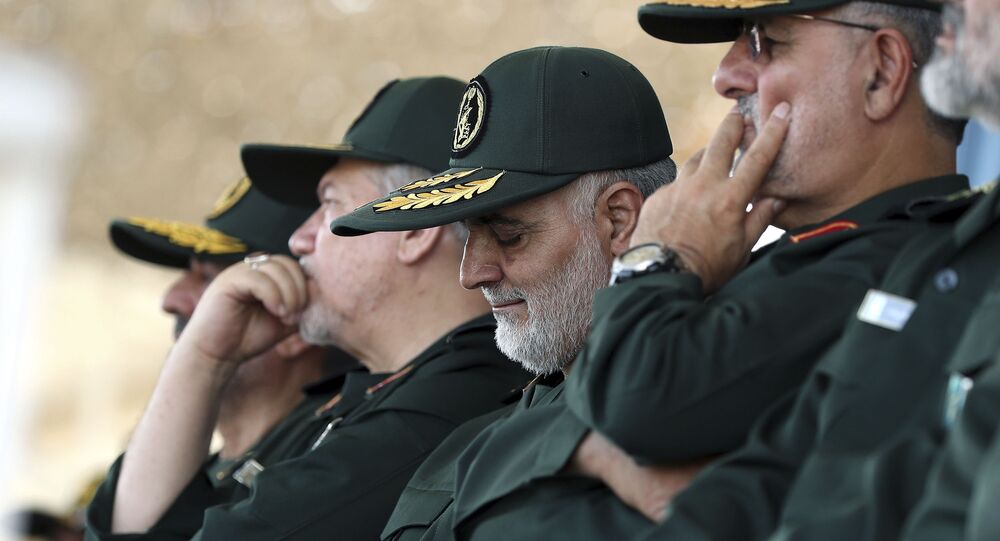 Soleimani Could Have Killed American Generals, But Did Not - Iranian President Rouhani

The Islamic Revolutionary Guard Corps Quds Force commander was killed by a US airstrike on 3 January 2020 near Baghdad International Airport. Washington claimed that Soleimani was planning to organise an attack on Americans in Iraq amid an escalation of tensions between US forces deployed to the country and a local Shia militia.

Iranian President Hassan Rouhani has stated that late commander Qasem Soleimani could have killed American generals multiple times during operations in Iraq, Afghanistan, and other countries - but opted not to do such things.

"Commander Soleimani was a man who was pursuing stability and calm in the region", Rouhani said. "If commander Soleimani wanted to kill American generals it would have been very, very easy for him, in Afghanistan, Iraq and any other place. He never did that".

After killing the Iranian general, the US stated he had malign intentions against American diplomatic facilities in the region, accusing him of orchestrating violent protests near the US embassy in Baghdad. Tehran condemned the assassination as a "terrible crime" and responded with a strike against American military facilities in Iraq.

Following the incident, which also claimed the lives of several Iraqi officers, the country's Parliament in Baghdad voted to end all foreign military presence in Iraq, but the US ignored this decision. The Department of State refused to negotiate a troop withdrawal, but according to Mike Pompeo, Washington was ready to discuss a possible reduction of its forces in the country.