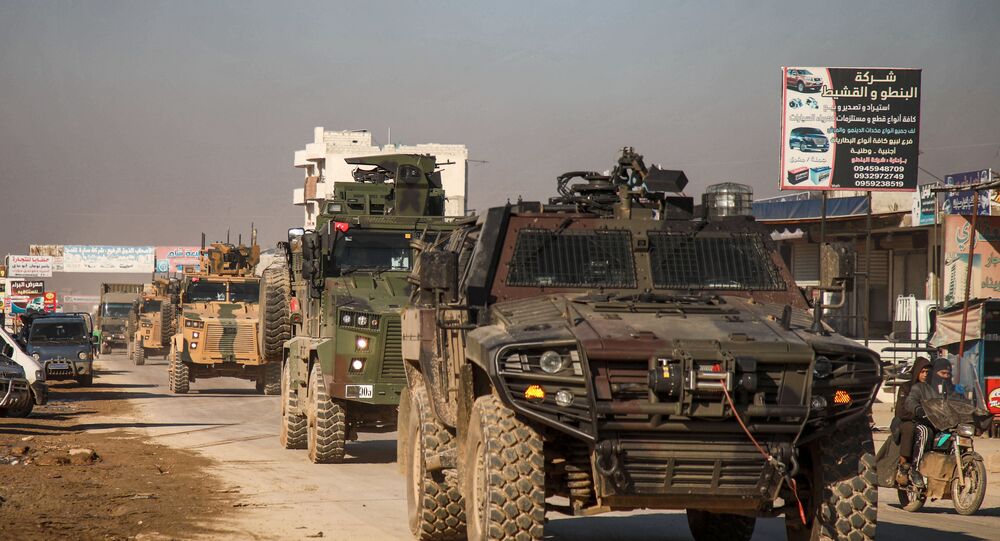 On 7 February, the Anadolu news agency reported that Turkey was moving its special forces to observation posts in the Idlib de-escalation zone. A day later, media reported that Turkish forces had built a base in the region supported by an army convoy that had arrived at the installation.

The Turkish Defence Ministry issued a statement on Monday, saying that Syrian government forces had allegedly attacked its military post in the Taftanaz area of Syria's Idlib Province, killing five soldiers, while injuring another five.

The Turkish military, in its turn, has immediately responded to the attack, the ministry added.

At the same time, Fahrettin Altun, a representative of the Turkish presidential administration has confirmed that Turkey retaliated for the attack.

"Turkey retaliated against the attack to destroy all enemy targets and avenging our fallen troops. The war criminal, who ordered today’s heinous attack, targeted the entire international community, not just Turkey. The Turkish Armed Forces, who tirelessly serve the cause of peace and stability around the world, will continue to crush anyone who dares to target our flag, to reassure our friends, and to strike fear into the hearts of our enemies," Altun wrote on Twitter.

Turkey retaliated against the attack to destroy all enemy targets and avenging our fallen troops.

The incident was first reported by the Reuters news agency that cited unnamed Turkish officials. The Syrian government, however, hasn't commented on the claims yet.

Turkish President Recep Tayyip Erdogan said that 76 Syrian servicemen had fallen victim to Turkey's retaliation. The Turkish head of state also said he had asked Russian President Vladimir Putin to explain to Damascus that the Syrian Army should stop its offensive in Idlib and withdraw from Turkey's observation posts.