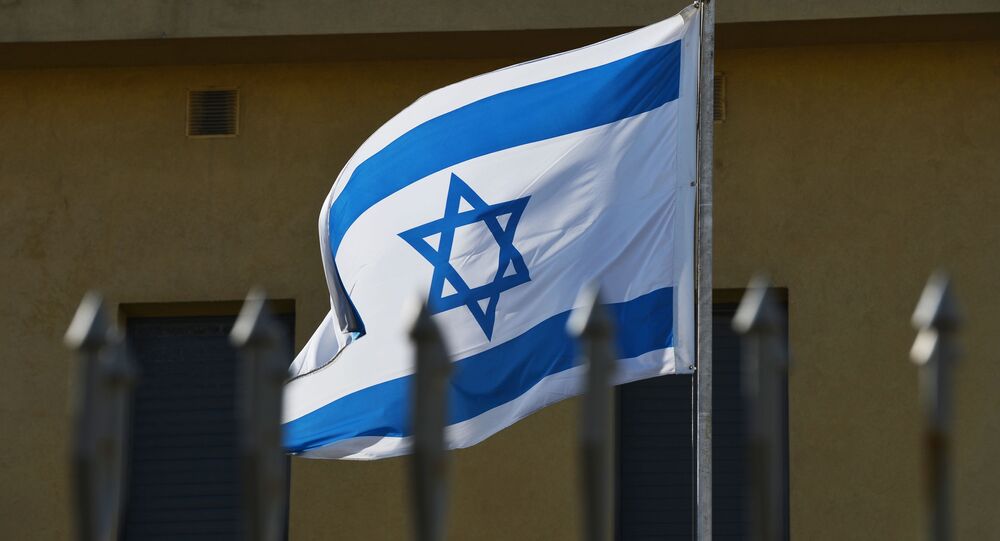 Israel did its best to absorb millions of immigrants from the former Soviet Union, says Boris Schindler, a Tel Aviv representative of the Yisrael Beiteinu party. But society doesn't do enough to integrate and accept the Russian speaking community. As a result, discrimination against Russians is everywhere: from schools to top governmental offices.

Violetta, a 25-year-old woman from the central Israeli city of Natanya, doesn't like talking about the discrimination she has faced growing up as a Russian speaker.

Although she was born and raised in Israel, she was not Israeli enough. This is an issue faced by many who immigrated from the former Soviet Union.

"I cannot even recall the amount of times I was told that Russians eat pork, that women are prostitutes, men are alcoholics and that all of us have to go back to Russia", she explained, adding that very often such painful comments towards her and the community she represented caused her to lose her temper and fight, at times even physically.

But Violetta is far from being alone. Facebook is abundant with pages for Israel's Russian speaking community where members can share their experiences and vent anger at society and the state for not doing enough to combat the problem.

One such page is "Russian women with zero sense of humour" that boasts more than 30,000 members. The group is a place where women share the offensive comments they've encountered and the discriminatory treatment they've faced.

And Violetta says that unfair attitudes towards Russian speakers, who make up some 20 percent of Israel's population, is everywhere.

"In high school it was really bad. Later it became easier but primarily because you get used to it and develop a thicker skin".

According to a 2008 poll that interviewed more than a thousand Russian speakers living in Israel, 40 percent of parents complained about discrimination towards their children and 50 percent complained they received unfair treatment from fellow classmates. Thirty-one percent said that their kids experienced physical violence at school as a result of their Russian origin.

Things weren't much better outside of school. The same poll revealed that every fourth "Russian" experienced discrimination especially in such institutions as the police, the judiciary system, the media and recruitment offices.

Boris Schindler, a Tel Aviv representative of Avigdor Lieberman's party Yisrael Beiteinu, which is mainly comprised of Russian speakers, is struggling to explain the "complicated" phenomenon.

"It is not really discrimination. Rather it is the lack of tolerance towards the Russian language when it is used in public", he explained.

One of the most notorious incidents occurred in 2016 when a third grade pupil from the northern city of Haifa was told off by his teacher for reading a book in Russian during a break between classes.

Schindler believes the problem stems from the fact that the Russian language, spoken by many leaders of Israel - including David Ben Gurion and Menachem Begin - has always been associated with the Soviet Union.

Even though the former Soviet Union was the first country to recognise the newly established Jewish state, relations between the two quickly deteriorated following Tel Aviv's orientation towards the West. As a result, Moscow, who was in the middle of a Cold War with Washington and needed an outlet for its weapons started supporting the Arabs who in turn used Soviet arms against Israel.

And there were other reasons for this lack of acceptance toward "Russians".

"In the past when new immigrants came to Israel they were asked to change their names and sometimes surnames to make them more Israeli. But when a million Russian Jews arrived here in the 90s they didn't want to do that, sending a message to society that they were not ready to accept Israeli paradigms".

These "Russians" were also thought of as being difficult because of their reluctance to embrace the Jewish religion. In a country where Judaism is an integral part of everyday life, where many observe Shabbat and stick to the strict rules of kosher food, a population that doesn't hold these values is considered odd to say the least.

A 2016 study suggested that more than 60 percent of Russian Jews considered themselves secular, with only six percent saying they were religious and two percent defining themselves as ultra-religious.

"It is upsetting that Russian Jews get this treatment only because we don't connect to religion as others do. They forget that during Soviet times we were scared to practice religion, study Hebrew, or support the Jewish state. We were forced to disconnect from our identity", said Schindler referring to the days when the former USSR tried to get rid of religion uniting all its various ethnicities on the basis of common socialist goals.

Schindler says that over the last several years the situation has improved, and that Yisrael Beiteinu has been leading this fight for decades raising awareness about the unfair treatment "Russians" receive.

"The country has done the best it could to accept and integrate the millions of immigrants it has received throughout the years. But society doesn't exert enough effort into trying to understand who these Russians are".

As a result, Russians are still not fully integrated into Israeli society. "When you send your CV and your name is Russian, automatically all the stigmas emerge. In governmental offices there are almost no Russian speaking general managers. No Russians are amongst the military or the police forces. It is a hidden discrimination".

"Israelis forgot what it's like to be a newcomer. Even though things did improve, more work needs to be done until the phenomenon where a Russian accent is considered a problem disappears".