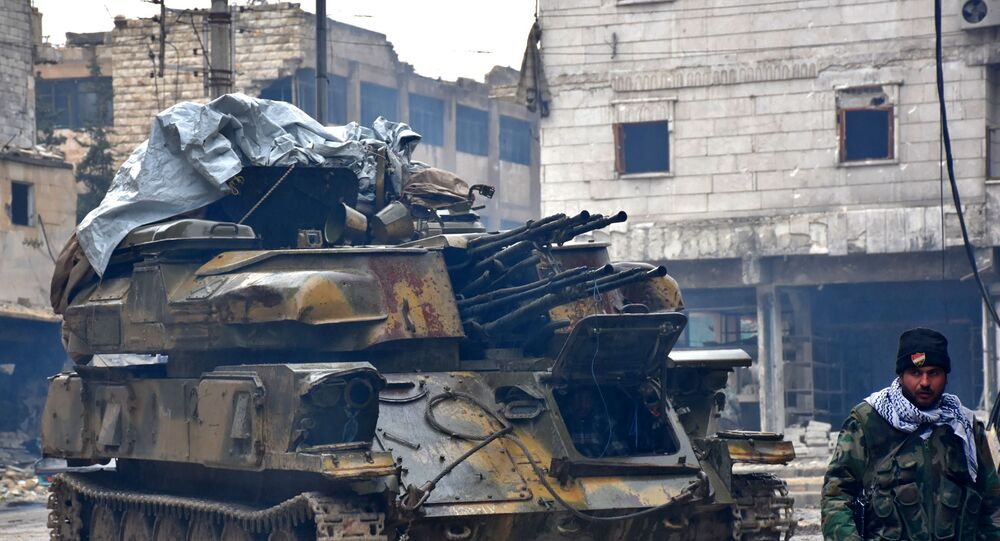 The attack on the Hamidiya neighborhood in the Old City also left seven civilians injured, according to Al-Ikhbariya.

On Wednesday, militants shelled the suburbs of Syria's Aleppo with homemade projectiles amid the ongoing clashes with Syrian government forces.

Syrian government troops began operation on 26 January to reclaim areas west of the city in order to protect residents from daily shelling.

Syria has faced a devastating civil conflict since 2011, with government forces fighting a broad array of militants and terrorists, including al-Qaeda* and Daesh*. The conflict has led to the deaths of hundreds of thousands of people and the collapse of Syria's economy, and to the internal and foreign displacement of millions of Syrians.

*Al-Qaeda, *Daesh (ISIS, ISIL, IS, Islamic State) are terrorist groups banned in Russia and many other countries.