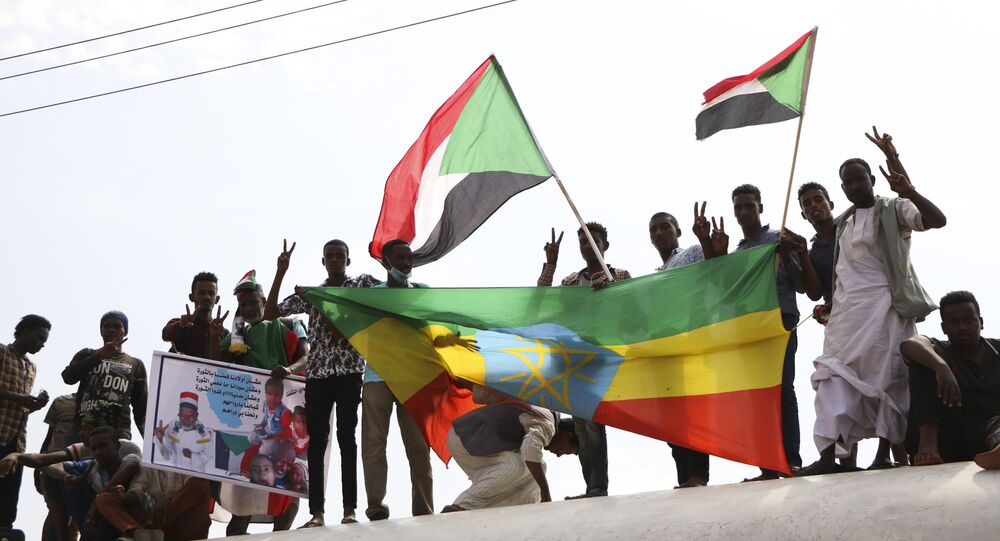 Sudan has become tired of its previous regime that had encouraged extremism and pushed the country towards an economic abyss, says a Cairo-based expert. Now the situation is changing, as Sudan's public together with the country's politicians are ready to embrace Israel, which could pave Khartoum's way to financial assistance from Washington.

Israel and Sudan are now discussing the possibility of establishing diplomatic ties, after Prime Minister Benjamin Netanyahu concluded his one day trip to Uganda thanking the African country's president for the efforts he made in mediating between the Jewish state and African nations.

Unlike South Sudan, with which Tel Aviv established diplomatic relations in 2011 after its split from its northern neighbour, Khartoum has never had any ties with the Jewish state.

Indeed, Israel has always regarded Sudan as an "enemy state" not only because the country, under its former leader Omar Al Bashir, gave shelter to Al Qaeda leader Osama Bin Laden but also because Khartoum was vocal in its support for the Palestinian cause.

But behind the scenes Sudan has been negotiating with Tel Aviv for quite some time now, says Dr Hani Raslan, an expert on Sudan at Al Ahram Center for Political and Strategic Studies in Cairo.

"Under Bashir, the relations were maintained but on a much lower level. Now, however, with the interim government in place, ties have been upgraded with the president taking the lead in the talks".

Road to the Whitehouse

Despite the fact that the Sudanese government has said that the meeting with the Israeli Prime Minister was done behind the ministers' back, Sudan seems to be interested in Israel for a number of reasons, including getting closer to the US and its financial aid.

Considered one of the world's poorest countries, with more than 40 percent of the population living below the poverty line, Sudan, says Raslan, needs Washington's aid to battle its high unemployment rates and ease its dire financial situation that hasn't improved even after the US lifted its sanctions when Khartoum vowed to fight terrorism and address the pressing human rights issues.

Following the meeting with the Israeli premier, US Secretary Mike Pompeo has invited the Sudanese president to Washington to discuss ties and has mentioned that the US is interested in sending its ambassador to the African country after 23 years.

"Khartoum doesn't want to be associated as a terrorist state and wants to make sure that the West forgives its [multi-billion dollars] debts and continues to provide the country with economic aid and monetary loans", said the expert.

Public Opinion Approves of the Move

And Raslan believes that unlike in the days of Bashir that encouraged extremism among the general public, Sudan under the current leader will back Al Burhan's move.

"The general trend in Sudan is that political forces and the general public want to get rid of Al Bashir's legacy. People have become tired of the fact that the former regime cared more about the Palestinian issue rather than the death toll in Darfur".

Israel too seems set to benefit from the situation. According to the Israeli press, Tel Aviv is not only interested in shorter (and cheaper) routes for its airline companies eager to reach destinations in Latin America but is also eyeing Sudan as a security challenge.

"Israel wants to put an end to the smuggling of weapons from Iran to Gaza that often lies through Sudan and it wants the Sudanese government to absorb the asylum seekers who fled the war-torn country asking refugee in Israel", says Yediot Ahronot, one of Israel's leading newspaper columnists.

As of 2019, Israel houses more than 6,500 Sudanese asylum seekers. Although they have been in the Jewish state for more than a decade, many of their applications have not yet been processed.