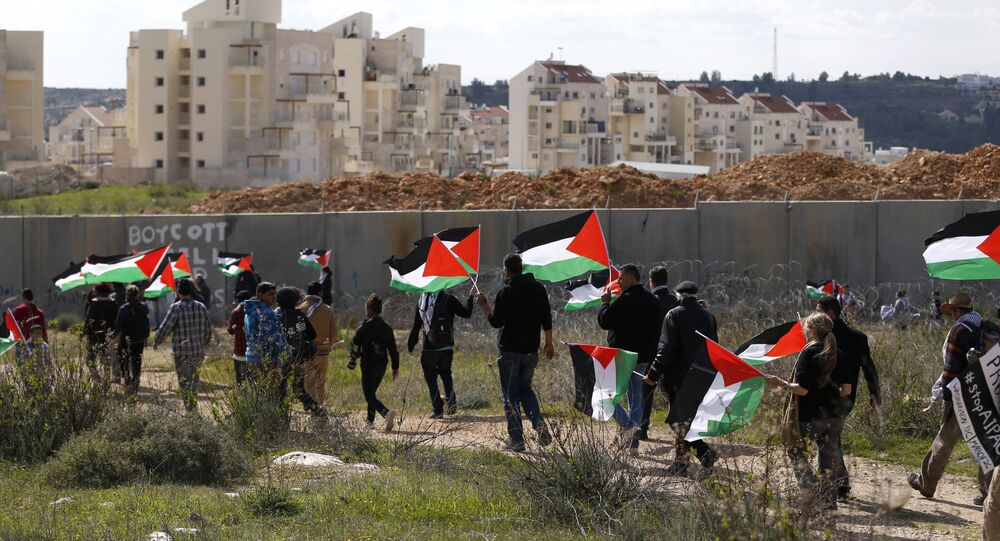 President Mahmoud Abbas is "terrified" of the prospect that he could be replaced in a general vote if it ever takes place and has every reason to worry, simply because people are tired of his corruption and autocratic rule, as well as the lack of progress when it comes to the Israeli-Palestinian conflict, says Dimitri Diliani.

One issue has been buried by US President Donald Trump's recent announcement revealing his much-awaited "deal of the century" peace plan aimed at resolving the Israeli-Palestinian conflict - the possibility of presidential elections in the Palestinian Authority.

The general vote for the authority's top job was supposed to be held this year, but Ramallah never confirmed the exact date, explaining the delay by its inability to reach an agreement on the issue of Jerusalem with Israel.

While President Mahmoud Abbas has always reiterated that the general vote has to be held in all Palestinian territories, including East Jerusalem, which is controlled by Israel, Tel Aviv has objected to the idea.

Hamas, an Islamist group that controls Gaza and that has been at odds with Abbas over a number of issues, including elections, said the Palestinian leader never had any intention to carry on with the general vote plans.

Dimitri Diliani, a member of the Fatah Revolutionary Guard who has been critical of the current Palestinian administration, agrees with Hamas' stance, saying Abbas doesn't like competition.

"Ten years ago, he told me that he would not partake in the next general elections. That was a trick. Back then he realised that there will never be another vote as he will not let it happen".

However, hampering elections is far from being the only step Abbas is reportedly taking to remain in power, with reports suggesting that the Palestinian leader is eliminating potential rivals that he considers a threat to his rule.

One of these is Marwan Barghouti, considered a leader of the First and Second Palestinian Uprisings and a person who has been incarcerated in Israel for carrying out several terrorist attacks that killed dozens of Israeli citizens.

Although Barghouti himself hasn't yet expressed his willingness to put forward his candidacy in potential elections, Abbas considers him as a competitor, especially given the fact that Palestinian law does not ban a convict from running in the presidential race. 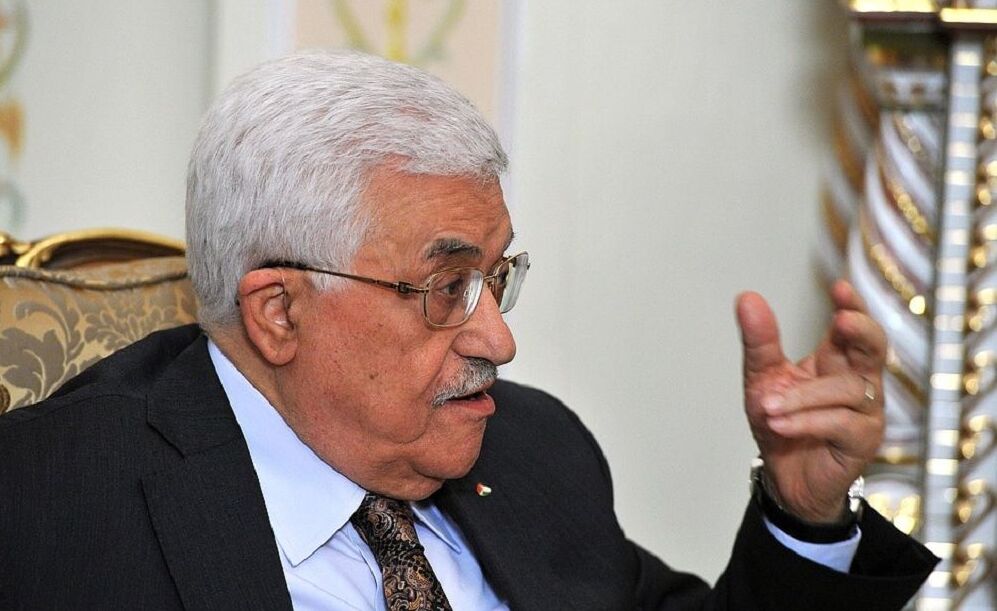 © Photo : kremlin.ru
President of the State of Palestine Mahmoud Abbas

Another contender is Mahmoud Dahlan, a former leader of Fatah in Gaza, who fled the strip following Hamas' takeover of the enclave in 2007. Residing in the UAE and reportedly having ties to the local royal family, reports suggest that he is now eyeing a comeback, ready to compete for the top job.

To thwart their plans, Abbas is reportedly trying to promote his own people - PA Civil Affairs' chief Hussein Al-Sheikh and head of the Palestinian Intelligence Service Majd Al Faraj - to key positions, marking them as his potential heirs.

For Diliani, as well as many other Palestinians, this is a red line. "Dahlan and Barghouti are not just random names. They are leaders with political partners and hundreds of thousands of followers in Palestine and beyond. While their support is on the rise, Abbas' base is depleting".

According to a recent poll conducted by the Palestinian Centre for Policy and Survey Research, more than 60 percent of Palestinians were not satisfied with the conduct of Abbas, demanding that he resign. The same poll indicated that Barghouti was Palestinians' favourite presidential candidate, with 62 percent giving him their support.

"Al-Sheikh and Faraj are part and parcel of what Abbas represents, so it will be impossible for them to take the top position as they will need to bypass the Palestinians first and this is not going to happen".

Diliani says his main frustration lies in the fact that during Abbas' ten years in office, he lost all major battles when it comes to resolving the Israeli-Palestinian conflict and improving the lives of ordinary Palestinians.

"He lost half of our territories to Hamas and he failed to advance the Palestinian cause in Washington".

In December 2017, the Trump administration recognised Jerusalem as Israel's capital and several months later it moved its embassy to the disputed city, sparking rage on Palestinian streets.

Two years down the line, Washington also declared the legality of Jewish settlements in the West Bank, widely considered as occupied under international law.

Domestic issues have also been a reason for concern, says Diliani.

"Abbas hates criticism and he is known for firing anyone who dares to stand up to him. So people are tired of his autocracy and the personalisation of politics, but more importantly they are tired of his corruption and the dire economic situation". 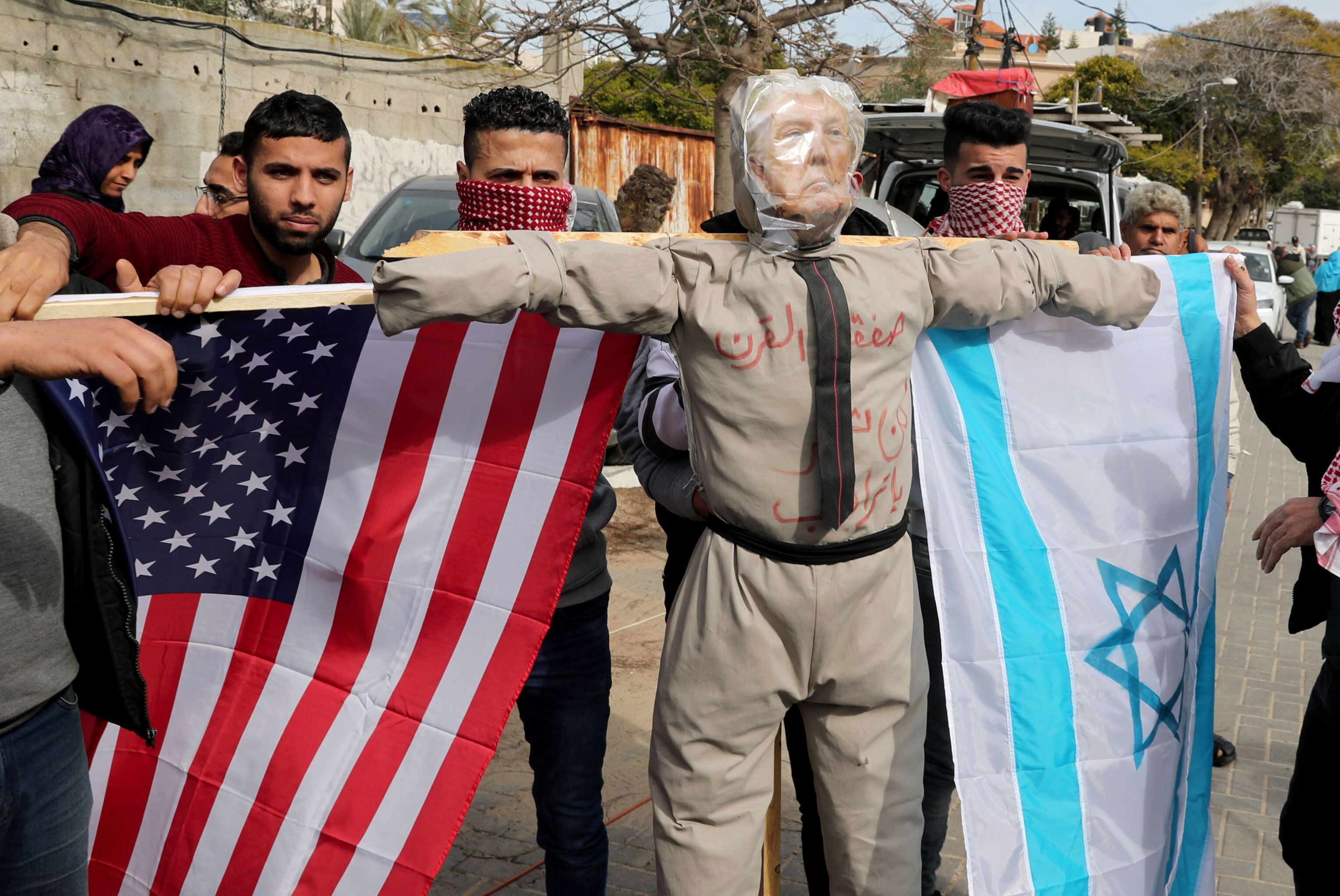 According to official data estimates, in 2018 unemployment reached more than 30 percent in both the West Bank and Gaza, an increase of three percent from 2017.

Poverty has also been a major concern, standing at 13.9 percent in 2017, according to the Palestinian Bureau of Statistics.

"The only reason why he still stays in power is that it benefits Israel that doesn't want to see democracy in Palestine, but if elections are announced, he will lose the race", Diliani summed up.

According to him, the only question that begs to be answered is when, if at all, they will take place.