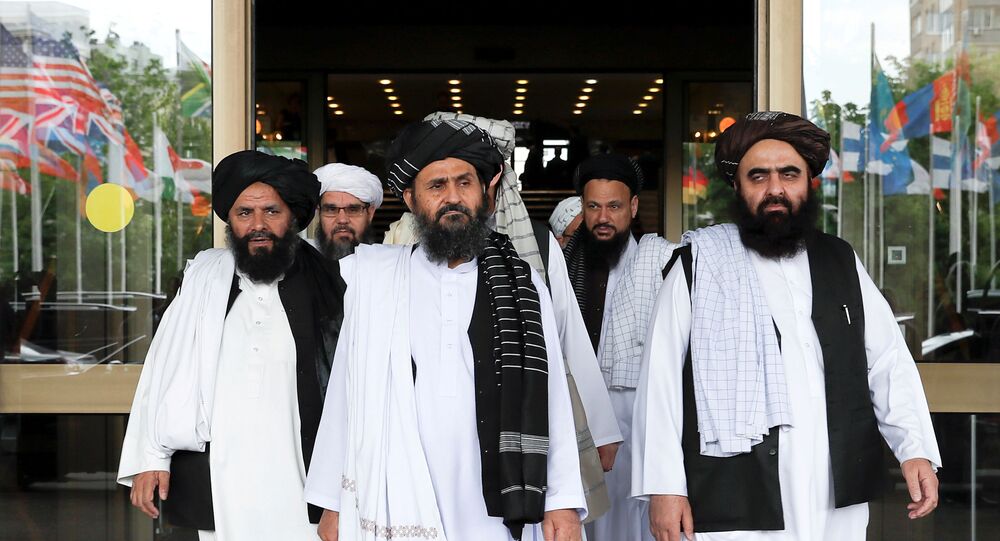 As the US and Taliban close in on a new potential peace deal securing a US exit from Afghanistan, US Secretary of State Mike Pompeo says Washington needs “demonstrable evidence” of the Taliban’s commitment to ending violence in the country before signing the agreement.

Months after the collapse of a peace deal between US forces and the Taliban militant group at the 11th hour, negotiators are closing in once more on an agreement that could see a lasting peace in Afghanistan and a US exit from the country, and from the 18-year-long war that began with the Taliban’s 2001 overthrow.

“We're working on a peace and reconciliation plan, putting the commas in the right place, getting the sentences right,” Pompeo said during a Sunday press conference in Tashkent, Uzbekistan, the Associated Press reported. “We got close once before to having an agreement: a piece of paper that we mutually executed, and the Taliban were unable to demonstrate either their will or capacity or both to deliver on a reduction in violence.”

“So, what we are demanding now is demonstrable evidence of their will and capacity to reduce violence, to take down the threat, so the inter-Afghan talks ... will have a less violent context,” he continued. “We're hopeful we can achieve that but we're not there yet, and work certainly remains.”

Pompeo’s statement comes just a day after Zalmay Khalilzad, the State Department’s special representative for Afghanistan reconciliation who has headed US negotiations with the Taliban for more than a year, told Afghan President Ashraf Ghani there had been “no notable progress” in peace talks with the Taliban, which are being hosted in Doha, Qatar.

"We are waiting for a clear response from the Taliban about a ceasefire or a significant and lasting reduction in violence based on a practical mechanism which is acceptable to the people of Afghanistan and the US government," Khalilzad said, according to Al Jazeera, which is also headquartered in Doha.

According to the Associated Press, the Doha talks have recently centered on finding ways to “bring both sides of the conflict to the negotiating table,” noting that Taliban negotiators have not yet spoken directly with the Afghan government in Kabul, which they regard as an illegitimate government imposed by the US invasion.

The previous attempt at a deal, which would have been signed in September 2019, was called off by US President Donald Trump just days before Taliban leaders would have flown to Maryland to sign the agreement, following a terrorist attack by the group in Kabul that killed 11 civilians and a US soldier.

"If they cannot agree to a ceasefire during these very important peace talks, and would even kill 12 innocent people, then they probably don’t have the power to negotiate a meaningful agreement anyway," Trump said at the time.

Following the cancellation, the US greatly stepped up its air war in Afghanistan, setting a new monthly record in September for US airstrikes as well as civilian casualties, Sputnik reported.