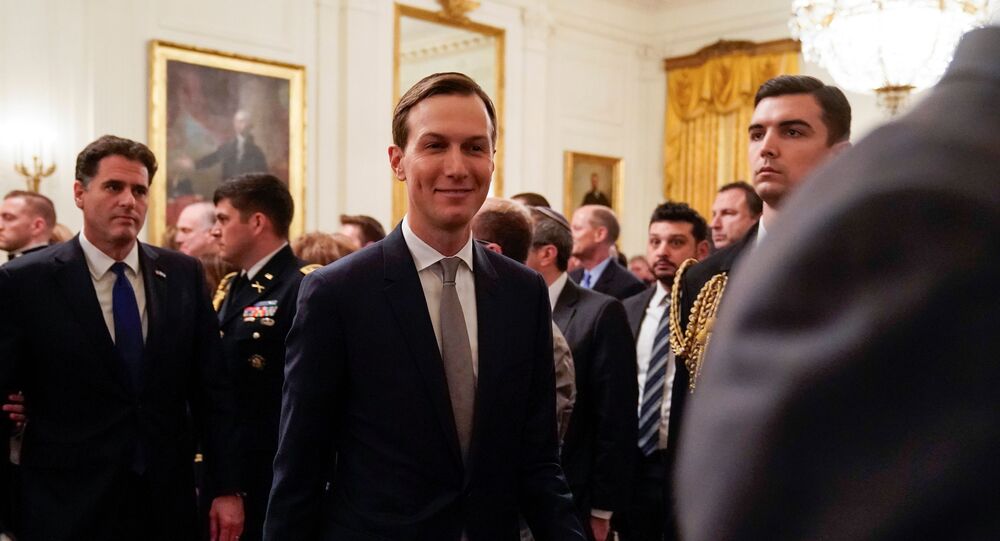 The presidential Mideast policy adviser’s comments were aired a day after Palestinian President Mahmoud Abbas rejected the plan, which is three years in the making, stating the Palestinian Authority would severe all ties, including on security, with Israel and the US.

Donald Trump’s son-in-law and senior White House adviser Jared Kushner stated in a CNN interview, recorded on Friday and broadcast on Sunday, that he had put “a real offer on the table to break the logjam", adding bluntly that “what we hope that they’ll do is read the plan".

Kushner warned the Palestinians against the negotiating stance they have adopted of late:

Kushner called for the plan to be scrutinised for the Palestinians to see for themselves to what extent its provisions are reasonable.

“What they did is they rejected this before it came out", he said. “They called for a day of rage, and they’re saying, we want a state. But people who are ready to get a state aren’t calling for days of rage and then marching in the street", he went on, portraying American efforts to find a resolution to “probably the most complicated problem in the world” as “pragmatic".

“And it’s really up to the Palestinians to see if they have the opportunity to pursue it", Kushner summed up, arguably implying the peace plan is not at all dead yet.

Kushner’s lengthy, 180-page plan, which he has been drawing up for the past three years, was presented to the administration last Tuesday, attracting praise from Israeli Prime Minister Benjamin Netanyahu, who was visiting Washington at the time.

The plan envisages a demilitarised area known as Palestine that would be largely controlled by Israel but retain no settlements in the contested territory, and $50 billion in investments for the new state. Israel would also oversee the west of the Jordan River and have Jerusalem as its capital. The Palestinians have been proposed to make the settlement of Abu Dis just outside Jerusalem its political and economic hub.

Despite certain economic benefits promised to the Palestinians, the plan stipulates stiff requirements for Palestinians’ potential statehood, namely: “a free press; free elections; guarantees of religious freedom; an independent judiciary; financial institutions that are as good, transparent and as effective as in the western world". It proposed that the US and Israel will be the ones deciding whether these conditions are being met.

The Palestinian authorities outright cut ties with Israel and the US over the deal, with Mahmoud Abbas “completely” rejecting the roadmap. He stressed in Cairo on Saturday that there would be “no relations” with these countries, including “no security ties".

“I will not have it recorded in my history that I sold Jerusalem,” Abbas noted.

The Russian Foreign Ministry weighed in on the matter Thursday, stating it is prepared to coordinate with the Palestinian Authority, Israel, and mediators over the White House-promoted “deal of the century”, to arrive at a “sustainable comprehensive settlement of the Arab-Israeli conflict".

Palestinians have of late rejected Washington’s role as a mediator in the settlement of their conflict with the Israelis after Trump recognised Jerusalem as the capital of Israel and moved the US Embassy from Tel Aviv to the Holy City despite a barrage of criticism from the Arab world and UN recommendations to refrain from establishing diplomatic missions in the city until its legal status is fully determined. At a Bahrain forum last year, Moscow expressed a similar view, lamenting Washington's approach as "counterproductive" given the fact that the US didn't touch upon the issues of relaunching direct Palestinian-Israeli negotiations as well as the creation of an independent Palestinian state within its 1967 borders.