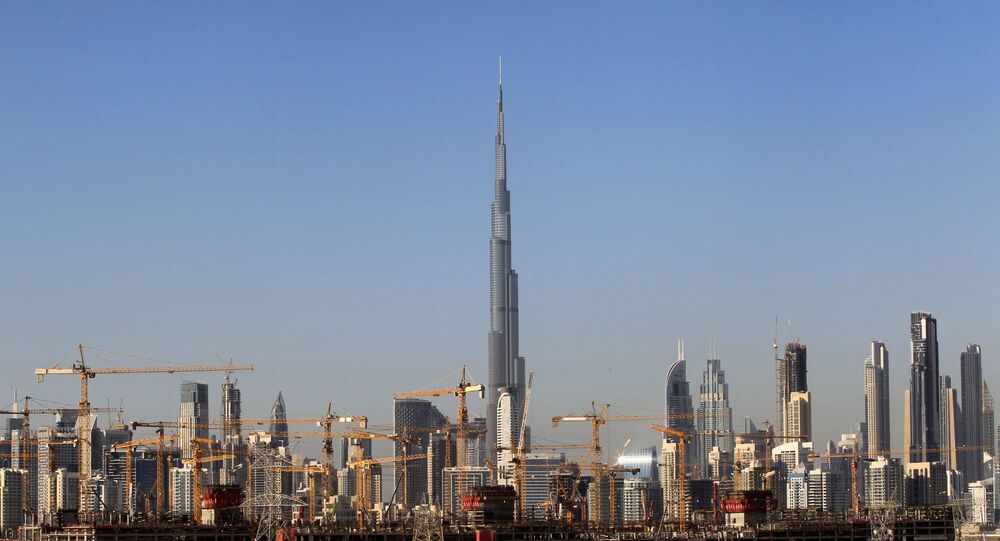 Previously, the Turkish president lambasted Arab states for not criticising Donald Trump's "deal of the century" to resolve the Israeli-Palestinian conflict. Erdogan argued that the plan would amount to stealing Palestinian land if it is implemented.

The United Arab Emirates’ minister of state for foreign affairs, Anwar Gargash, has harshly criticised Turkey's recent rhetoric against the Arab Gulf States, saying that the country’s use of "low political language" is unable to obscure Ankara's attempts to interfere in the region's local affairs or its "colonial illusions".

The UAE official's criticism comes in the wake of Turkish President Recep Tayyip Erdogan's denunciation of the reaction of Arab states to Trump's "deal of the century" peace plan. The Turkish head of state blasted them for not criticising and outright rejecting the plan, which, as Erdogan claims, stipulates the theft of Palestinian land.

Not all Arab states initially evaluated the deal negatively, but rather admired the US efforts at trying to reach a peaceful solution to the longstanding conflict. The UAE and Egypt were among those who showed the most sympathy for Trump's offer, suggesting that it should be looked at carefully and taken as a starting point for negotiations between the Palestinians and Israel. Saudi Arabia and Jordan supported the US attempts to negotiate a peace agreement, but didn't comment on the plan itself.

© AFP 2019 / MAHMUD HAMS
Palestinians in Gaza City burn a US and an Israeli flag during a mourning ceremony organised in honour of slain Iranian military commander Qasem Soleimani (portrait on banner) killed in a US air strike a day earlier, on January 4, 2020.

However, following an extraordinary meeting of the foreign ministers of the Arab League countries, which include Jordan, Saudi Arabia, the UAE, and Egypt, the organisation supported the position of the Palestinian Authority (PA) and rejected Trump's plan on 1 February.

What Does the Plan Include?

Trump's "deal of the century" proposes the creation of a Palestinian state on scattered patches of land in the West Bank and Gaza Strip connected via a system of roads, tunnels, and bridges with its borders protected by Israel. The deal also suggests that the Palestinians can establish a capital called Al Quds in the outskirts of East Jerusalem or in any other place with any other name they might desire. The US promised to establish an embassy in the new state's capital of choice.

© REUTERS / Eliana Aponte/File Photo
An aerial view shows the Dome of the Rock (R) on the compound known to Muslims as the Noble Sanctuary and to Jews as Temple Mount.

In addition, the Palestinian state would see an influx of $50 billion in investments in its economy and the economies of neighbouring states, something that is expected to give it a major boost.

In return, existing Israeli settlements in the West Bank would be recognised as legal and Tel Aviv would be granted control over the Jordan Valley. Under Trump's deal, Israel also gets to keep most of Jerusalem as its capital.

© REUTERS / Ammar Awad
Like Past US Proposals, Trump Peace Deal Expects Palestinians to ‘Surrender All Their Rights’

The plan was rejected outright by the Palestinian Authority and Hamas as it failed to fulfil two crucial demands – the establishment of a capital in East Jerusalem as well as the implementation of a right of return for Palestinian refugees of the 1948 War and their descendants. Head of the PA Mahmoud Abbas announced on 1 February that the PA was cutting all its ties, including security cooperation, with both the US and Israel over the peace offer.

Oslo Accords vs Trump's Vision: How US Mideast Plan Differs From Its Predecessors