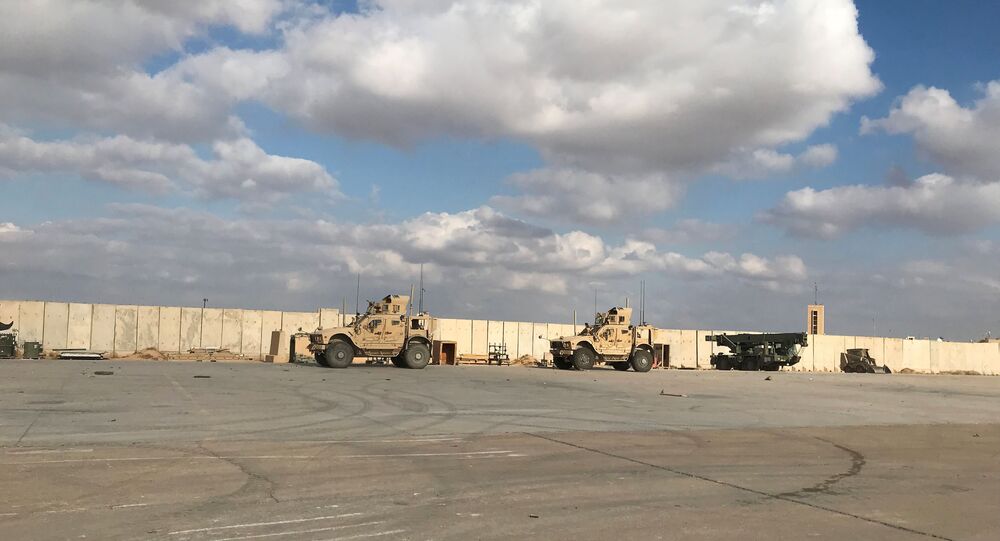 Iraq’s al-Qayyarah Airfield, housing US troops, is located some 40 miles (64 kilometers) south of Mosul and 186 miles (299 kilometers) north of Baghdad. There have been no reports of damage or casualties.

According to unconfirmed reports, at least five rockets hit late the area near the Iraqi military installation at al-Qayyarah late on Friday.

5 rockets landed near Qayyarah Air Force Base in #Nineveh province which hosts #US forces, with no human or material losses. #Iraq https://t.co/AHvLufYxu8

​Earlier this month, Iran launched missiles at the Erbil and Al Asad airbases in Iraq, both of which house US troops, following a US airstrike on 3 January that killed top Iranian Gen. Qasem Soleimani and Abu Mahdi Muhandis, the deputy commander of the Popular Mobilization Forces, an Iraqi Shia militia organisation backed by Iran.

The US Department of Defence said earlier that at least 50 American soldiers had been diagnosed with traumatic brain injuries (TBI) after the attack. On Thursday, the Pentagon updated its injury toll, putting the number of personnel suffering from TBI at 64.

© AP Photo / Khalid Mohammed
US Stops Weapons Delivery to Iraq Amid Tensions With Baghdad - Reports
The Iraqi parliament voted to expel coalition forces on 5 January in the wake of the assassination of Soleimani. Baghdad has since started working on a new type of cooperation with the coalition with a view toward reducing its activities to consultations, arms deliveries and training, as well as limiting its freedom of movement on Iraqi soil.

Chairman of the US Joint Chiefs of Staff Gen. Mark Milley said earlier that the Pentagon was discussing with Baghdad the possibility of deploying the Patriot air defense system following Iran’s retaliatory strikes on the two Iraqi military bases.

Moscow Calls on Baghdad, Washington to Agree on Troop Withdrawal From Iraq