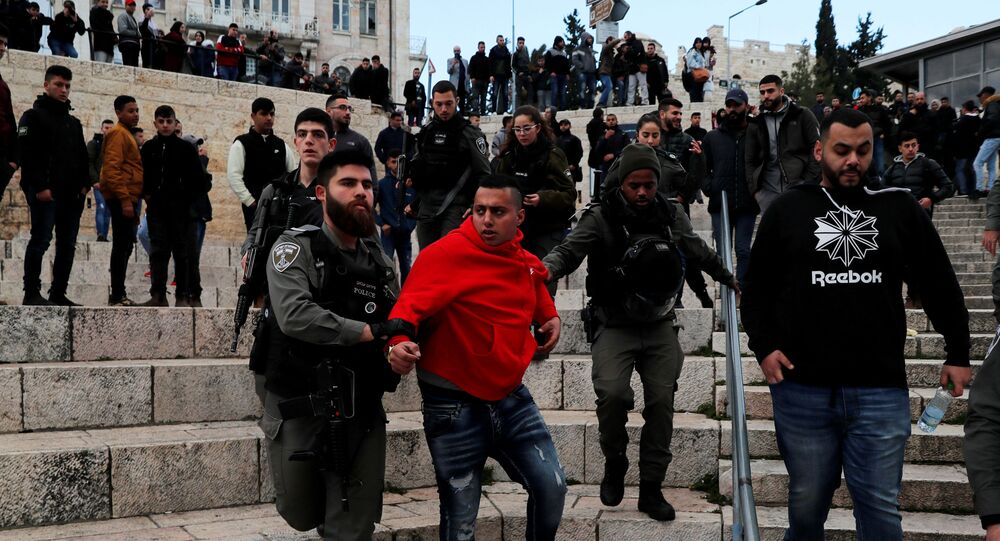 Earlier this week, US President Donald Trump unveiled his long-awaited ‘Deal of the Century’: an Israeli-Palestinian peace plan that stipulates a two-state solution.

Palestinians have poured onto the streets of Jerusalem, near Al-Aqsa Mosque, to protests against the so-called ‘Deal of the Century’ settlement plan recently proposed by US President Donald Trump.

The ‘Deal of the Century’ envisions a two-state solution, recognises Jerusalem as Israel’s capital and grants the Palestinian Authority several neighbourhoods of East Jerusalem as the capital of a Palestinian state and $50 billion in investments.

Following the announcement of the plan, Palestinian Authority President Mahmoud Abbas rejected the proposal, telling Trump Jerusalem was “not for sale,” and vowing that the deal would “not go through” under his watch.