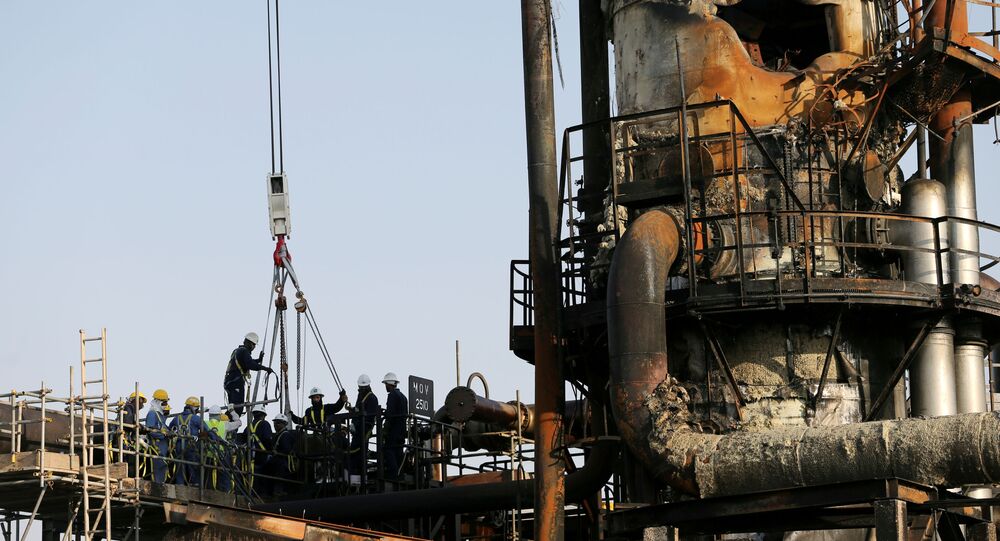 Saudi Aramco declined to comment on the matter, according to the newspaper.

Saudi Arabia and the United States blamed the attack on Iran, which actively supports the Houthi movement in Yemen, the WSJ reported, adding that Tehran denied involvement in the incident.

Earlier on Wednesday, the Houthis issued a statement on Telegram, in which they took responsibility for a missile attack on oil facilities, as well as the Saudi military base close to the Yemeni border, two airports in the southwestern Saudi cities of Abha and Jazan, and other "sensitive targets deep into the Saudi territory".

© AP Photo / HASAN JAMALI
Saudi Aramco Raises Record $29.4 Billion in IPO Through Over-Allotment
The movement, however, has not specified when the attack took place.

Drone attacks on Saudi Aramco sites in September 2019, for which Houthis also took responsibility, resulted in serious damages of facilities, fall in the country’s oil production and a spike in global oil prices.

Despite the peace accord, signed in Stockholm in 2018, the tensions have significantly escalated in recent months.