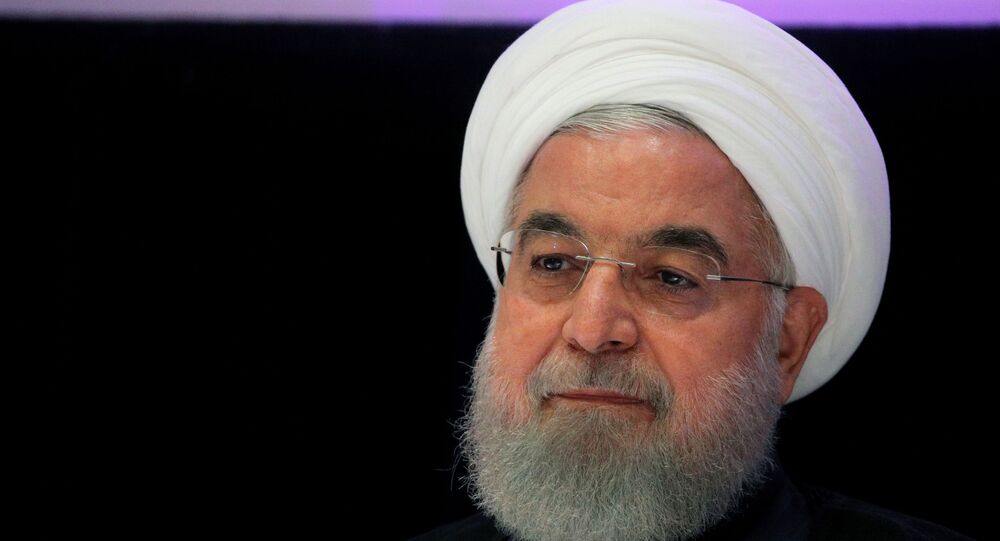 On Tuesday, Trump laid out his so-called deal of the century alongside Israeli Prime Minister Benjamin Netanyahu in Washington, setting the terms for a future peace deal between Israelis and Palestinians. Netanyahu has supported the deal, while Palestinian politicians have condemned the agreement, vowing to reject it unequivocally.

“Enough of these foolish attempts. The Most Despicable Plan of the Century,” Rouhani wrote on his Twitter page on late Wednesday.

Enough of these foolish attempts. The Most Despicable Plan of the Century.#DespicablePlan

The peace deal proposes a two-state solution to settle the Israel-Palestinian conflict, but also recognizes Israeli settlements established in the West Bank.

According to the deal, the Palestinian state would not receive the whole of East Jerusalem. Instead, Palestine would receive a handful of neighborhoods that would be outside of a security barrier constructed by Israel, which will, in fact, serve as a border between the Israeli and Palestinian territories.

Palestinian leader Mahmoud Abbas slammed the peace plan, saying that Jerusalem and the Palestinians’ rights were not for sale.