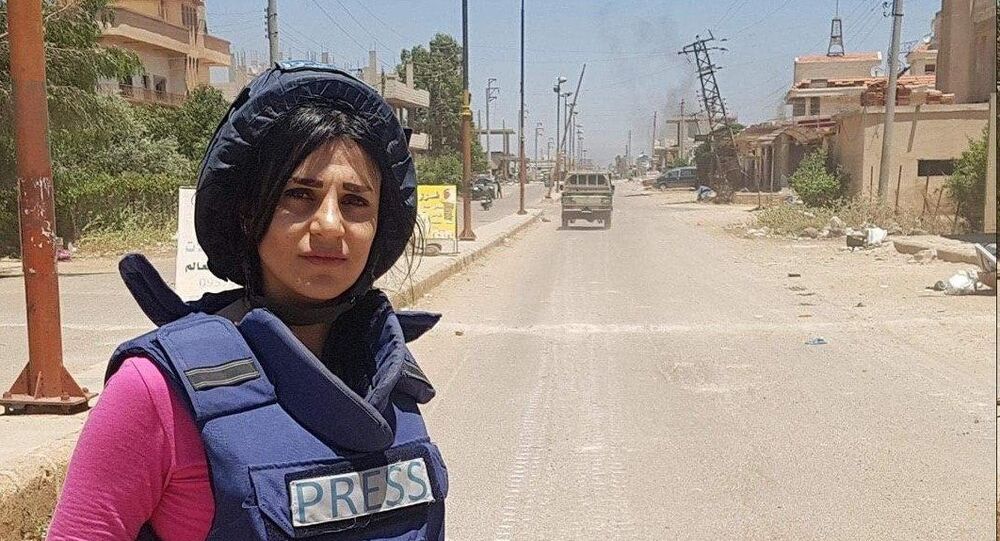 The Syrian government has been waging a major offensive in Idlib province, where the majority of the terrorist remnants are concentrated, for the last several weeks.

RT correspondent Wafa Shabrouney received serious injuries while filming a weapons cache left behind by retreating militants in the recently liberated city of Maarat al-Numan, the television channel has reported on its Telegram channel.

According to her driver, the journalist is alive and is being taken to a hospital in the city of Hama after receiving emergency medical treatment in Khan Shaykhun.

“We ask for prayers for our journalist Wafa Shabrouney, who is now in hospital in serious condition after being injured near Idlib,” Sputnik and RT Editor-in-Chief Margarita Simonyan wrote on Twitter. “Everyone is doing everything possible to save her,” she added.

Later Wednesday, Salim Khaluf, head doctor at the Hama State Hospital, confirmed that Shabrouney has received shrapnel wounds to her face and upper jaw, and is now in the operating room. Khaluf told Syria's Sham FM radio station that doctors "are doing everything necessary" to treat her.

Shabrouney, a correspondent for RT Arabic, is a Syrian national and veteran journalist, and has long been engaged in covering the ongoing war in Syria.

Syrian forces surrounded, entered and took control of Maarat al-Numan this week, pushing militants out of the strategic city, situated at the junction of the Hama-Aleppo highway, and linking Syria’s two largest cities of Damascus and Aleppo.