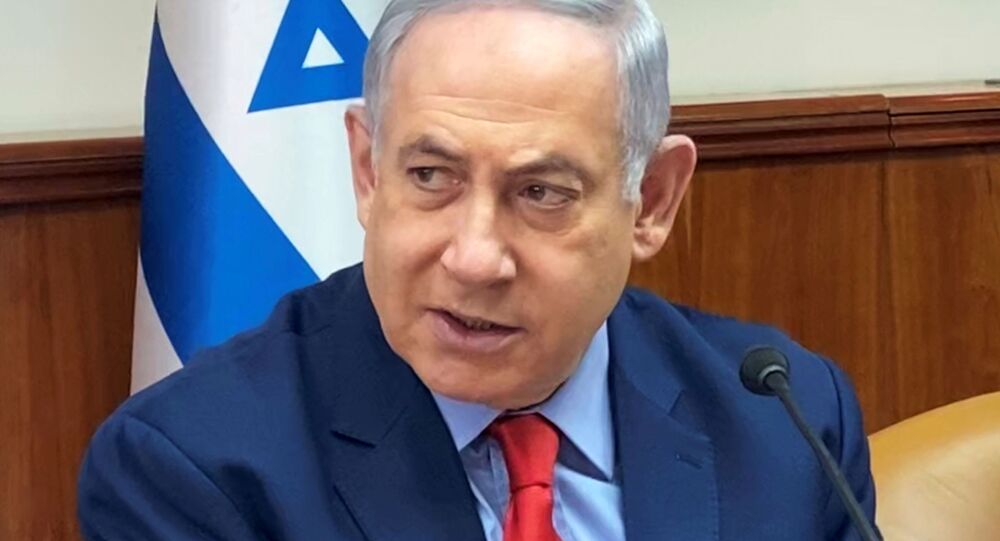 Netanyahu is currently in the United States where he is to meet with President Trump, amid his announcement that he will reveal the "deal of the century" peace plan on Tuesday, which the POTUS promises will set out the way for the resolution of the Israeli-Palestinian conflict.

Israeli Prime Minister Benjamin Netanyahu has said that he withdrew his request for immunity from the prosecution in the corruption cases against him.

In a Facebook post, the prime minister said that he would not let his political rivals use this issue to scupper his 'historic mission', apparently referring to the anticipated release of the plan for the resolution of the Israeli-Palestinian conflict.

The move comes as the Knesset was expected to debate on the establishment of a committee that would deal with Netanyahu's immunity request. The anticipated vote was slammed as politicised, by the right-wing bloc parties supporting Netanyahu.

The removal of the immunity request will signify that Israel's attorney general can file an indictment with the Jerusalem District Court without having to wait for a decision by the Knesset.

Netanyahu has been under investigation for nearly three years in three corruption-related cases. The prime minister is accused of receiving expensive gifts and abusing his authority to promote favourable coverage of his activities in the media.

Case 2000 claims that the prime minister was in contact with the Yedioth Ahronoth news outlet’s publisher, Arnon Mozes, with regard to weakening the Israel Hayom newspaper in exchange for getting media coverage serving Netanyahu’s interests.

Netanyahu complained that the charges were politically motivated and aimed at removing him from the office.

In early January, he requested parliamentary immunity from prosecution in the three corruption cases he faces.