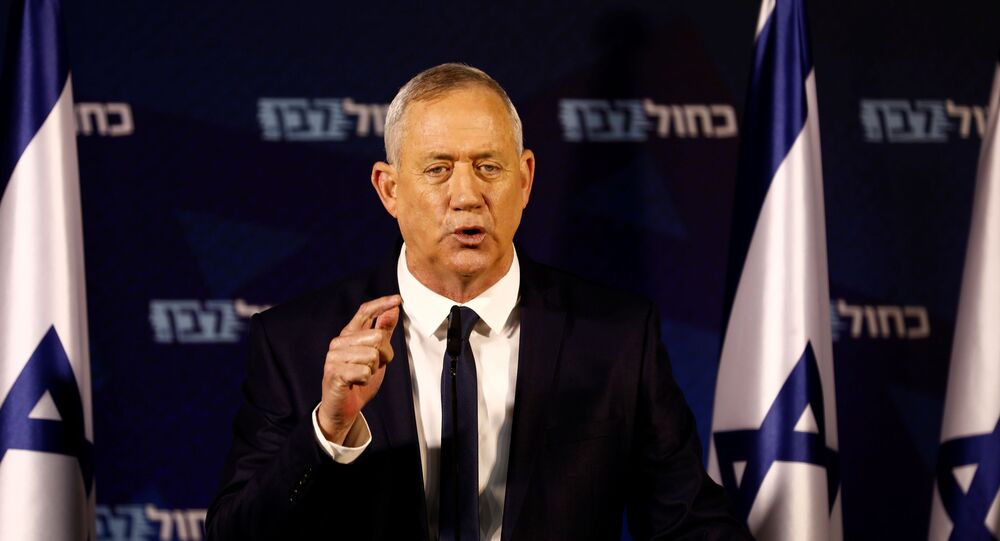 WASHINGTON (Sputnik) - Israeli opposition leader Benny Gantz spoke after meeting with US President Donald Trump who invited him together with Israel’s Prime Minister Benjamin Netanyahu to discuss "the deal of the century" - a long-awaited US initiative to reconcile Israel and the Palestinians, thus paving a way to a broader regional peace.

Gantz hailed the United States’ Mideast peace plan as a historic milestone and pledged to work on its implementation after winning the upcoming elections.

"The [US] president’s peace plan is a significant and historic milestone indeed", Gantz told reporters in Washington. "Immediately after the election, I will work toward implementing it from within a stable functioning Israeli government in tandem with the other countries in our region".

Trump said earlier that the plan had been shown to many of the Arab countries which "have agreed to it," seeing it as an opportunity to attain a broader regional peace.

Palestinians became skeptical about the US mediation role in settling their conflict with Israel after Trump recognized Jerusalem as the capital of the Jewish state in late 2017.

The decisions were met with outrage in the Arab world and criticism on the part of the United Nations. In addition, last November, US Secretary of State Mike Pompeo said that Washington no longer considers Israeli settlements on occupied Palestinian territories to be illegal, a statement that contradicted not only a UNSC resolution on the issue but US' previous policy.

© AP Photo / Tsafrir Abayov
Netanyahu Vows to Annex ‘Vital’ Parts of West Bank Beyond Jordan Valley If Elected - Report
Israel's continued construction of settlements in the West Bank is one of the main issues that has hindered any progress in settling the conflict between Palestinians and Israelis. The Palestinian Authority has been demanding that its borders be reset to those that existed prior to the Six-Day War, but Israel has refused to concede.

"The deal of the century" is set to be unveiled in DC on Tuesday. Trump earlier refused to disclose any details, but the plan is reportedly expected to greenlight Israeli annexation of large chunks of the occupied West Bank, a move that Palestinians strongly object to.