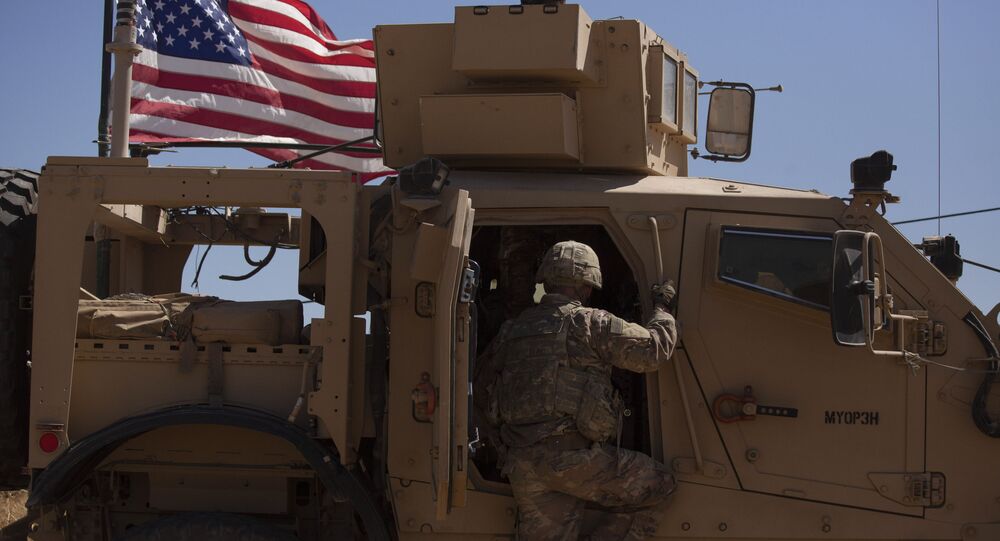 American troops stationed near eastern Syria's oil fields have been recently focused on self-defence, awaiting possible retaliation from Iran for the assassination of the Quds Force commander Qasem Soleimani.

US General Kenneth McKenzie Jr, responsible for operations in the Middle East, has announced that American troops have resumed their efforts in fighting Daesh* remnants in Syria, adding that "the tempo is coming back". He noted that right now forces are running between three or four operations along with the predominantly Kurdish Syrian Democratic Forces (SDF) each week.

At the same time, the general found it difficult to say for how long it will continue and how long the American troops will stay in the country, where they have been deployed without authorisation from Damascus or a UN Security Council resolution.

"I frankly don’t know how long we’re going to be here. And I have no instructions other than to continue to work with our partner here", he said.

The pause in the US operations against Daesh* in Syria was triggered by the assassination of Iranian Quds Force commander Qasem Soleimani in the US airstrike in Iraq and the subsequent expected retaliation for the attack from Tehran. The response came in the form of a missile strike against American military facilities in Iraq, which resulted in several US servicemen suffering head traumas, but no fatalities.

US troops were supposed to have long been withdrawn from Syria, as US President Donald Trump had previously announced the move twice during his term, but each time backtracked on the promise. Last time, in October 2019, he justified the stay of US troops by the need to "keep [Syrian] oil", with the Pentagon elaborating that the American military presence prevents oil wells from falling into the hands of terrorists.

Damascus and Moscow condemned the move as being in violation of international law and accused Washington of stealing Syrian resources. Washington claims all proceeds from the oil extraction go to fund the SDF, which controls the oil-rich east of the country right now, but has recently sought a political agreement with Damascus.