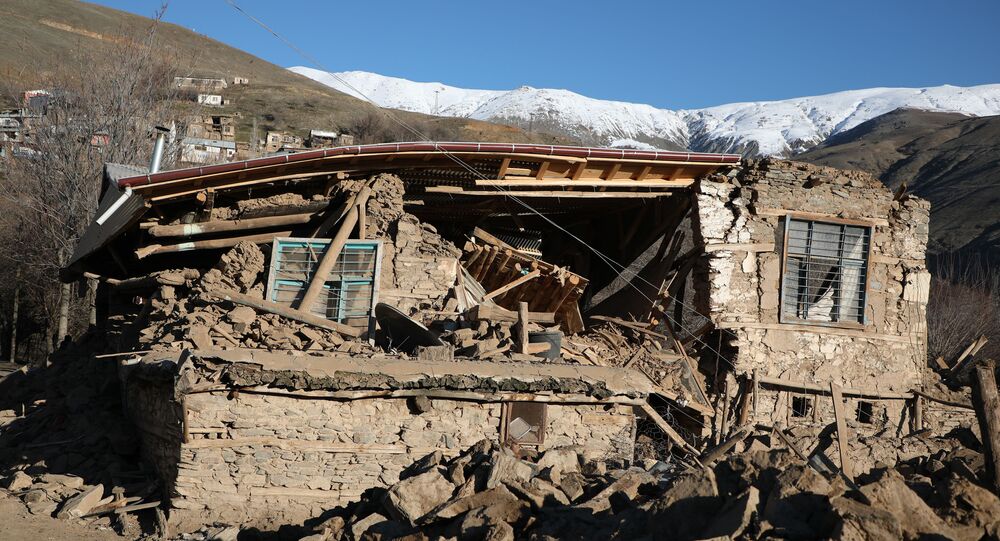 Almost all of the houses were demolished in the village of Çevtaş in Sivrice, which was hardest hit by the Elazig earthquake last night.

In a village where two people lost their lives and two people were injured, locals explained the fearful moments by saying “the houses were destroyed before we realised what happened”.

"We managed to get out of the wreckage of the house. From under the rubble, we managed to extract two bodies. Arriving ambulances provided support, we sent the wounded to the hospital. Now we do not know what we will do in the village, which has turned into ruins", the villagers told reporters.

People had to spend the night outside, sleeping in cars, according to reports.

The 6.8-magnitude earthquake has also caused long cracks on the roads in Sivrice, the Turkish province of Elazig, a Sputnik correspondent said.

Roads in the area are reported to be partially blocked by landslides, making communication with settlements difficult.

The death toll from the earthquake in Turkey's east has climbed to 22, while the number of those injured has reached 1,030, the state-run news agency Anadolu reported on 25 January, citing the national disaster agency.

According to the EMSC, the earthquake was felt in Iraq, Syria, Lebanon, and Israel.