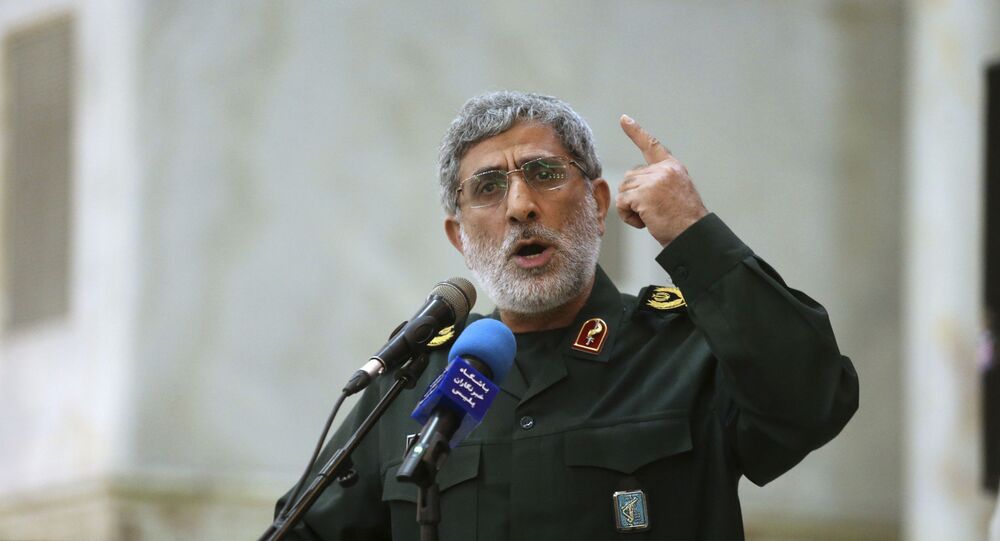 Iran’s Foreign Ministry has taken aim at the rhetoric of US special representative for Iran, Brian Hook, as the latter unambiguously stated that Commander Soleimani’s successor General Ghaani could meet the same fate.

“Now, after the Zionist regime [of Israel], the US is the second regime to officially announce that it has employed the resources of its government and armed forces for terrorist acts and that it will continue them in the future", Mousavi explained, adding that Washington’s recourse to terrorist acts is a clear sign of the US establishment’s “weakness, desperation, and confusion".

Mousavi called out “brazen remarks and terrorist acts” by US leaders, urging the international community to also condemn them “because the continuation of this trend would sooner or later befall everyone".

The comments come in response to US special representative for Iran Brian Hook’s Thursday remarks that General Esmail Ghaani could end up like his predecessor, General Qasem Soleimani, killed in a US drone attack near Baghdad Airport on 3 January.

Hook expressed what was perceived as a threat in an interview with the newspaper Asharq al-Awsat on the side-lines of the World Economic Forum (WEF) in Davos, Switzerland.

General Soleimani, understood to have been the second most powerful man after the Iranian Supreme Leader Khamenei, was killed amid a controversy over New Year’s raids on the US Embassy in Iraq, with Iran-backed crowds battering down entrances and windows to the facility.

The drone strike was later revealed to have been ordered by US President Donald Trump, with authorities citing imminent threats and alleged evidence of Soleimani preparing new attacks on US personnel abroad.

The assassination ushered in a new, more intensified round of tensions between Iran and the US, with Tehran launching a missile attack on the US and injuring 11 officials. Both sides, however, indicated that no military confrontation is on the table.

In an address to Iranian Supreme Leader Ayatollah Khamenei on 9 January, General Ghaani, who was announced as Soleimani’s successor, vowed to continue the former commander’s path “with might". He signalled that the ultimate goal was to completely kick American troops out of the Middle East.

What We Know About Successor to Murdered Iranian Quds Force Leader, Esmail Ghaani