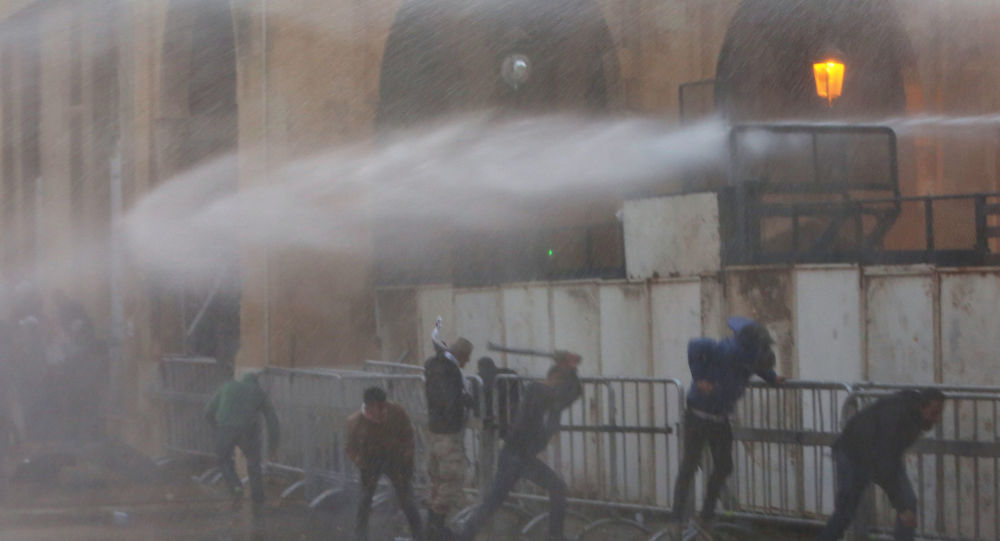 BEIRUT (Sputnik) - Lebanese police and army units have forced protesters out of the territory adjacent to the national parliament building in Beirut's centre on Wednesday.

The officers, who have arrived to the parliament to suppress the ongoing protests, have forced those rallying to leave the streets located in the vicinity of the parliament and withdraw to the Martyrs' Square.

Protesters have been throwing stones, firecrackers and Molotov cocktails at the law enforcers, and they have responded with using water cannons and tear-gas grenades. Several people, who have been specifically aggressive, have been detained.

Several dozens of people have been injured in the clashes, some of them have been hospitalized. Over 12 ambulance cars have arrived at the site.

Clashes near the Lebanese parliament are ongoing since Saturday. The first two days of the protests were marked with the most violent fights between demonstrators and the police since October. According to the Lebanese Red Cross, over 200 people were injured on Saturday alone.

The clashes heated up on Wednesday amid the appointment of the new cabinet, headed by Hassan Diab.