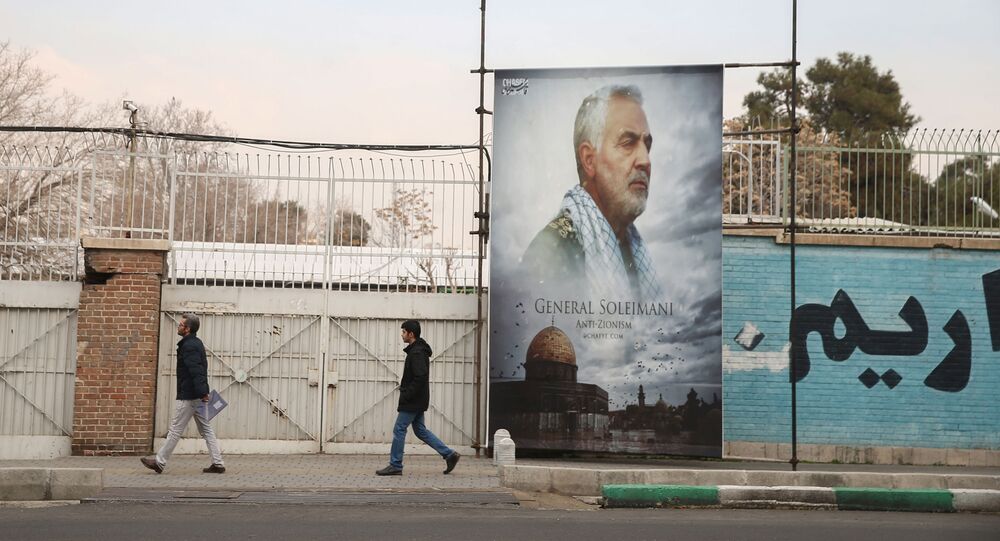 The new decade began with new tensions flaring up in the Middle East, after the US killed top Iranian commander Qasem Soleimani in Baghdad, prompting Tehran to launch a missile attack against American targets in Iraq.

Members of Iran's Supreme Council of Cultural Revolution decided on Tuesday to introduce the "World Sacrifice Prize", which will be dedicated to the slain Major General Qasem Soleimani.

Speaking at the meeting, Iran's President Hassan Rouhani stated that the number of people present at the funeral procession of the assassinated general underscored that the US had failed in its attempts to create a division in Iran and Iraq.

“Martyr Soleimani was a very respectful person who did not abandon his services to the Revolution and the society,” Rouhani said.

© REUTERS / TOM BRENNER
Trump Tells Republican Donors Top General Soleimani ‘Was Saying Bad Things’ Before Being Killed
Following Rouhani's speech, members of the council unanimously approved the prize, which would be awarded to a war veteran who had demonstrated valour.

General Soleimani was killed on 3 January, when a US Reaper drone launched a missile  at his convoy near Baghdad International Airport in a strike that was ordered by US President Donald Trump; Tehran later condemned the attack, calling it an act of terror.

Several days after the assassination, thousands poured into the streets of Kerman, the home town of General Soleimani, to witness the funeral procession of the Iranian IRGC major general and Quds Force commander. A stampede resulted in 56 being killed during the procession; another 213 were injured.