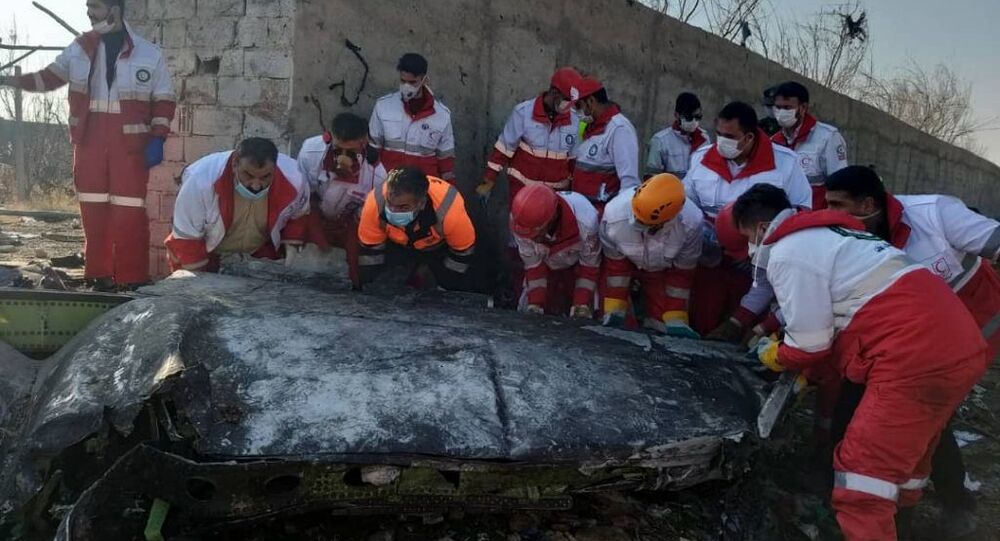 MOSCOW (Sputnik) - Iranian media have quoted the country's aircraft safety inspector as saying that Iran is examining the flight recorders from the Boeing 737 that was accidentally downed earlier in January and has not taken a definitive decision to send them for analysis abroad.

Iranian Minister of Road Construction and Urban Development Muhammad Islami will pay an official visit to the Ukrainian capital of Kiev to deliver a letter from President Hassan Rouhani to his Ukranian counterpart, Volodymyr Zelensky, on the Ukrainian Boeing 737’s crash, Iranian Foreign Ministry spokesman Abbas Mousavi said Monday, according to the Islamic Republic News Agency.

He also expressed his condolences to the victims’ families over the aircraft’s crash.

Ukraine International Airlines Flight 752 crashed near Tehran's Imam Khomeini International Airport minutes after takeoff on 8 January. All 176 people on board were killed. The crash occurred shortly after Iran launched airstrikes against US bases in neighbouring Iraq. Three days later, the Iranian military admitted to accidentally shooting down the plane, having confused it with a hostile missile in anticipation of a retaliatory strike from the US.