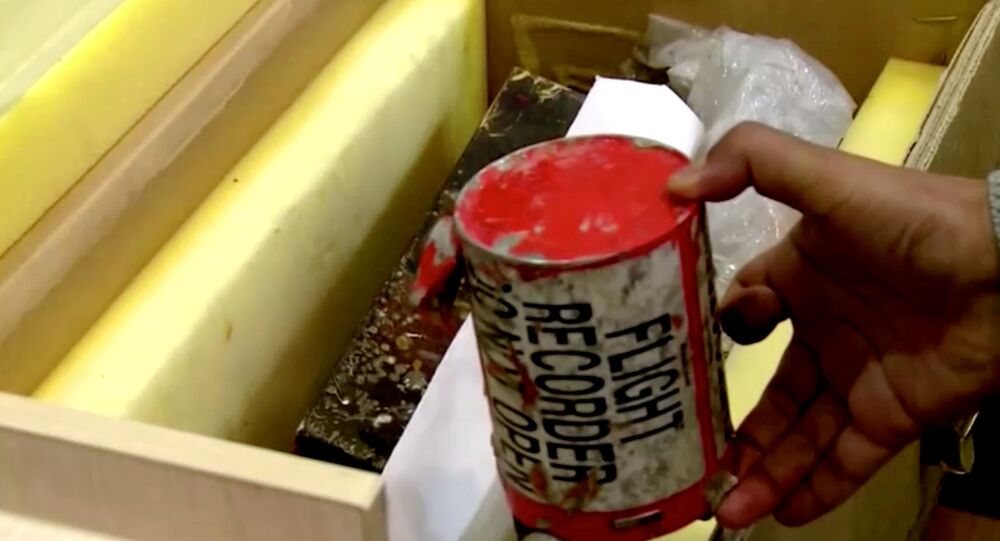 The Ukrainian prosecutor's office previously said it had requested Iran to provide Kiev with the flight recorders from the Boeing that was shot down near Tehran.

The flight recorders from the Ukrainian Airlines Boeing that was accidentally shot down by the Iranian military shortly after takeoff from Tehran International Airport are to be sent to Ukraine, Tasnim News agency reported on Saturday.

The Tasnim news agency quoted the Ukrainian Foreign Ministry as saying that Iran authorised Ukrainian specialists to conduct the analysis of the black boxes.

The Iranian military subsequently admitted to unintentionally shooting down the jetliner, having confused it with a hostile cruise missile in anticipation of US retaliation for Iran's attack against Iraqi bases housing US military personnel. The Iranian leadership expressed deep regret, describing the tragedy as an "unforgivable mistake".

On Friday, Canadian Prime Minister Justin Trudeau called on Iran to send the flight to France for decoding. According to Trudeau, Paris has the necessary capabilities to perform an analysis of the black boxes.

The Ukrainian prosecutor's office stated earlier this week that Kiev had appealed to Iran with a request for legal assistance related to the transfer of the flight recorders to Ukrainian law enforcement. The office added that Ukraine is taking every conceivable measure to ensure the proper decryption of the flight recorders and preserve evidence in the investigation surrounding the circumstances of the crash.