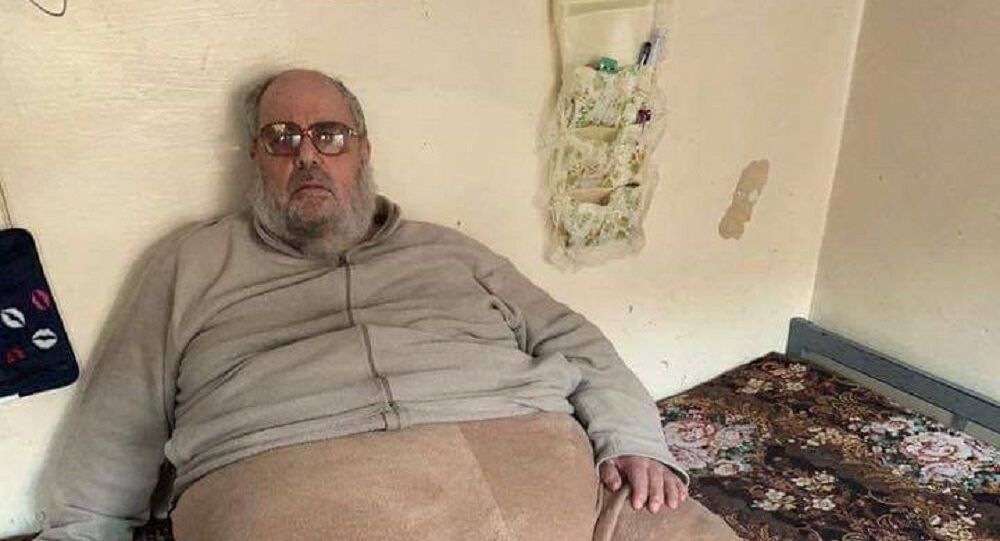 Obesity is a global pandemic, particularly in the developed nations of the West. A recent anti-terrorist raid by Iraqi forces against remaining militant burrows, however, could partially dismantle suggestions that fat people only plague wealthy economies.

A staunch booster of Daesh* terrorists and their supporters, hate preacher Abu Abdul Bari, was reportedly taken by a surprise by Iraqi forces. Video from the scene - that almost instantly surfaced online - suggests, however, that even if the Daesh fanatic had been prepared, he would not have been able to do much more than vocally complain.

The Iraqi military was forced to deploy a flatbed truck to transport the extremely-fat 560-pound (254-kilograms) body of the Daesh terrorist, who has been nicknamed 'Jabba the Jihadi'.

Latest photos for #ISIS Mufti. He was the strongest supporter of demolishing Mosul heritage. He used to give the Friday Sermon in my neighborhood. He cheered up in the very Friday after the blowing of Prophet Jonah Mosque in the early days of their invasion.
📷 Social media https://t.co/VWOCR4nmJE pic.twitter.com/zGYoVSuAaF

​Jabba the Jihadi is of course a reference to the notorious alien crime boss in George Lucas' universe of the Star Wars - Jabba the Hutt, who, like the captured Daesh preacher, also lives in a fictional universe.

jabba the hutt has really let himself go pic.twitter.com/n9wn2MPobt

​Someone expanded the humor by recalling another evil character from the universe of DC Comics - the Penguin.

They captured the penguin? pic.twitter.com/zRPteS1H01

All they needed to defeat ISIS was a box of After Eight Mints... pic.twitter.com/Hn7ZlxxkB8

​Despite the obvious hilarity of the situation, the pathetic 'preacher' was reportedly a formidable terrorist among the ranks of Daesh. According to Fox News, citing Iraqi authorities, Bari issued numerous fatwas leading to the execution of a number of scholars and clerics, as well as the bombing of a mosque.

"I’m delighted to say that the Islamic State’s very own Jabba the Hutt has been captured in Mosul. Responsible for the execution of men, women, and children. This animal raped and murdered. Good luck hanging him Iraq", Macer Gifford, a British human rights activist who has a combat experience in Syria, tweeted.

As long as the Devil bastes him properly Shifa al Nima should crisp nicely in hell...

He literally looks like the world's biggest chicken.. pic.twitter.com/duoLirZt9m