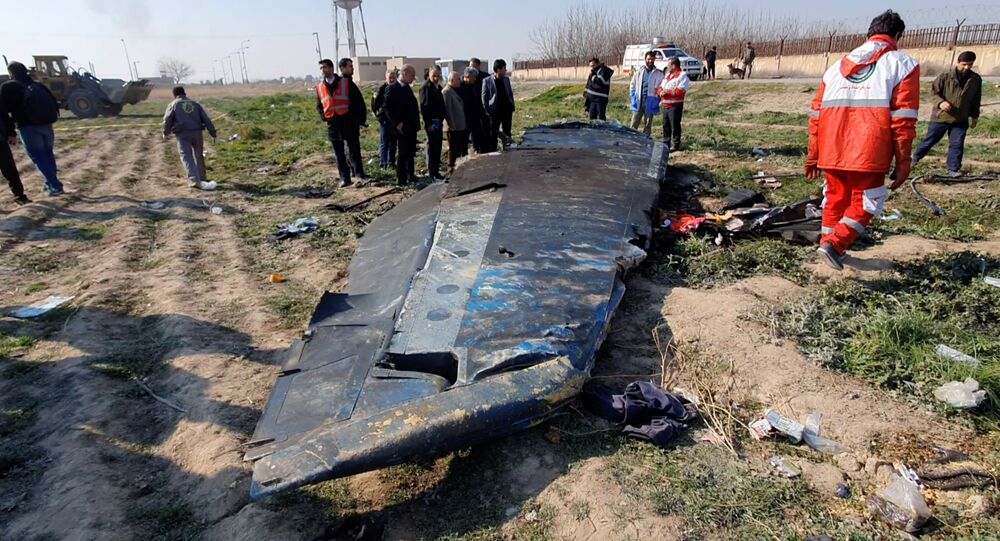 The Boeing 737-800 plane belonging to Ukraine International Airlines crashed soon after takeoff from a Tehran airport last week, on 8 January - the same day that Iran struck US bases in Iraq with missiles. The Iranian military admitted to unintentionally shooting down the aircraft, having confused it with a hostile cruise missile.

Iran's judiciary spokesman Gholam Hossein Ismaili said that some people have been arrested for their role in the Ukrainian plane crash, Reuters reports.

"We have arrested some people because of their role in the Ukrainian plane’s crash, the investigation is underway to find out the accident's reason," the spokesman said.

Ismaili added that some 30 people have been arrested in protests over the plane crash.

The Ukraine International Airlines’ Boeing 737-800 was unintentionally shot down by the Iranian military on 8 January, soon after departing from Tehran. Citizens of Iran, Canada, Ukraine, Afghanistan, Germany, Sweden and the United Kingdom were among the 176 passengers and crew who died in the accident.

Iranian officials have expressed regret for the accident, and government spokesman Ali Rabiei announced on Monday that President Hassan Rouhani is following up on a number of issues related to the crash, which resulted in the death of all 176 people on board, including citizens of Iran, Canada, Ukraine, Afghanistan, Germany, Sweden and the United Kingdom.