In a televised speech on Tuesday, Iranian President Hassan Rouhani described the deadly Ukraine plane crash as a "tragic event" which he said would be thoroughly investigated.

He also called the crash an “unforgivable error”, pledging that all those involved in the incident will be punished.

Rouhani stressed that the fact that the Iranian military had admitted to downing the plane was a “good first step”.

“We should assure people that it will not happen again,” he said, adding that the government was "accountable to Iranians and other nations who lost lives in the plane crash”.

In a separate development on Tuesday, Iran's judicial spokesman Gholam Hossein Ismaili said that Iranian authorities had arrested several people in connection with the downing of the Ukrainian plane.

"We have arrested some people because of their role in the Ukrainian plane’s crash; an investigation is underway to find out the accident's reason," the spokesman said.

He added that one of the black boxes had already been sent to France for decoding.

The remarks come after Maj. Gen. Hossein Salami, the commander of the Iranian Armed Forces' Islamic Revolutionary Guard Corps (IRGC), apologised for erroneously shooting down the Ukrainian Boeing 737, saying that "never in my life was I so ashamed”.

“Perhaps we made a mistake that caused many of our compatriots to die. However, we did it unintentionally, we apologise,” Salami said. 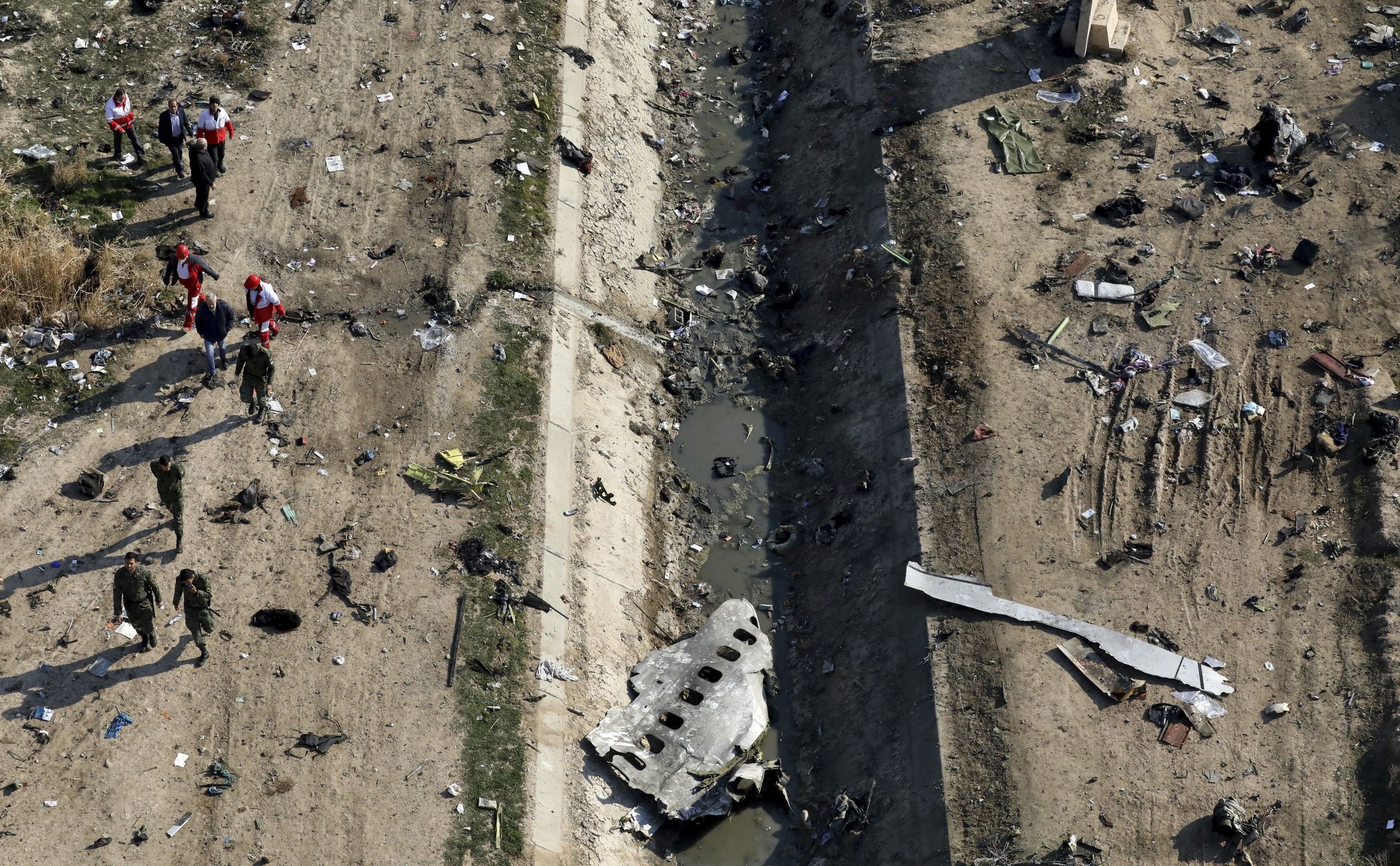 The incident took place after Tehran conducted a missile attack on American military facilities at the Ayn al-Asad Air Base in western Iraq and in Erbil, in retaliation for the assassination of the IRGC’s elite Quds Force commander Qasem Soleimani in a US drone strike on 3 January.

The strike was ordered by US President Trump, who then welcomed  the destruction of “the terrorist number one anywhere in the world”; Tehran, in turn, condemned Soleimani’s killing as  an act of international terrorism.