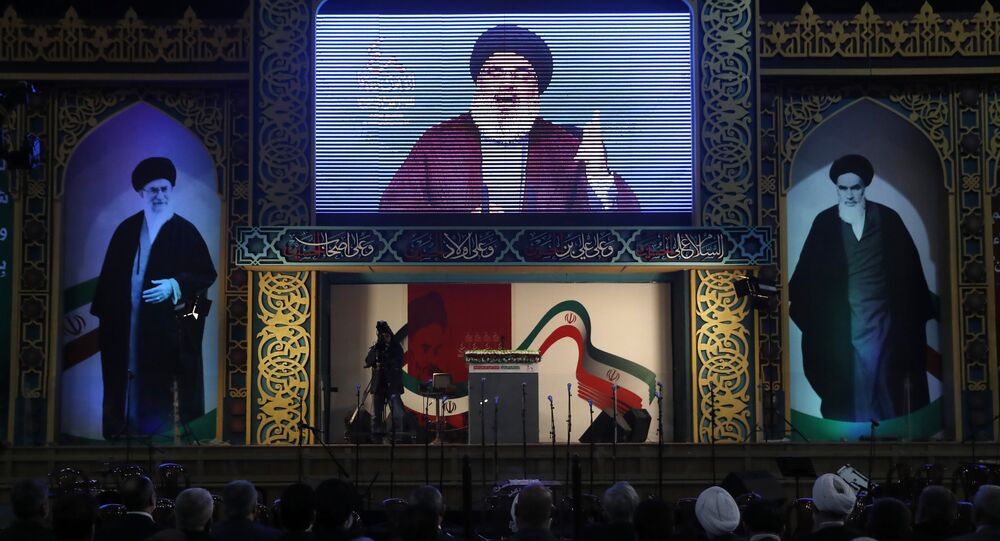 Over the weekend, US media reported, citing unnamed sources, that Israel had provided Washington with ‘key intelligence details’ ahead of the 3 January assassination of Quds force commander Soleimani in Baghdad.

Israeli Foreign Minister Israel Katz has tweeted a warning to Hezbollah Secretary-General Hassan Nasrallah, telling the Lebanese political and militia movement's leader that his threats against Israel might get him assassinated.

“Nasrallah has not stopped attacking Netanyahu or threatening Israel. As his distress grows, his eloquence increases,” Katz wrote in two separate Hebrew and Arabic-language tweets.

“In the meantime, [Nasrallah] is forced to go down another floor into the bunker in the face of warnings from his Iranian patrons about the possibility of his liquidation. If he challenges Israel – that won’t help him either,” Katz warned.

Katz’s comments were a response to recent remarks by Nasrallah, who warned Sunday that American troops in the Middle East would “return to the US in coffins” if Washington did not withdraw from the region “in the coming days or weeks”. The militia leader also accused US President Donald Trump of “lying” about slain Iranian general Qasem Soleimani’s alleged plans to attack US embassies in the Middle East, saying no such plans existed.

The militia leader also warned that the recent Iranian missile attack on US bases in Iraq was “a strong message to the Zionist entity that is always planning to ‘play’ with Iran’. [Prime Minister Benjamin] Netanyahu always dreams of sending his air force to attack the infrastructure or nuclear facilities in Iran.” Calling the Israeli prime minister a “fool,” Nasrallah suggested that when Iranian leaders threatened Israel, “they should take those threats seriously.”

Late last week, Israeli media reported that Iranian officials had warned Nasrallah that he could be the next target for assassination by the United States after Soleimani. On Saturday, NBC News reported, citing unnamed sources, that Israel assisted the US in its January 3 operation to kill Soleimani in Baghdad, providing ‘key intelligence details’.

Israel publicly welcomed the news of Soleimani’s death. In October, Mossad Director Yossi Cohen bragged that his agency could easily target the Quds Force commander for elimination if he were to make “a mistake which put him in the list of Mossad’s liquidators”.

Soleimani, 62, was killed on Friday, 3 January after the convoy he and a senior Iraqi Shia militia leader were riding in was struck and destroyed by a US Reaper drone. Before his assassination, he led the Revolutionary Guards' Quds Force for over two decades, taking part in covert intelligence and military operations across the Middle East, targeting al-Qaeda*, Daesh*, and other terrorist groups across Afghanistan, Syria and Iraq, and Israeli forces inside Lebanon. Soleimani’s assassination caused the worst escalation of tensions between Iran and the US since the 1979 Iranian Revolution.