Iranian officials admitted Saturday that the Ukrainian Airlines Boeing 737 en route from Tehran to Kiev was accidentally shot down outside the Iranian capital on Wednesday. The incident took place the same day that Iran launched retaliatory strikes on US positions in Iraq following the assassination of a senior Iranian general in Baghdad.

Islamic Revolutionary Guards Corps commander-in-chief Maj. Gen. Hossein Salami has briefed Iranian lawmakers on the events of the past week, including Iran’s accidental shootdown of a Ukrainian airliner, the US assassination of Quds Force Commander Qasem Soleimani, and Iran’s retaliatory missile strikes on US bases, the Iranian Students News Agency (ISNA) has reported.

During his testimony, Salami reiterated that that the Ukrainian aircraft was shot down “by mistake.” According to lawmaker Mehrdad Lahouti, Salami expressed deep concern over the Ukrainian airliner’s destruction, telling lawmakers that he “wished” he “was one of the passengers on that plane.”

Lawmakers thanked Salami for attending the unofficial session. Speaker Ali Larijani asked the body’s security and foreign policy commission to study the air disaster further and to find ways to prevent such incidents from ever happening again.

MPs expressed regret over the plane’s destruction, with one lawmaker thanking Amir Ali Hajizadeh, commander of the IRGC’s air defence forces, for taking personal responsibility for the airliner’s fate, saying the admission “took courage.” The MP also reportedly proposed that the 176 victims of the doomed Ukraine Airlines flight be considered for the status of ‘martyrs’ by the Martyrs Foundation, an Iranian state-funded organization charged with assisting the families of veterans who have been disabled or killed in conflicts. Lawmakers also extended personal condolences to the families of the victims of the incident.

On Saturday, after hearing about the Ukrainian liner’s destruction, IRGC air defence force commander Hajizadeh said he “wished to die” after hearing about the crash. Speaking at a press conference, the commander revealed that Iran’s air defences were on edge in expectation of possible US strikes on the country, with air defence units mistaking the Ukrainian plane for a US cruise missile. Hajizadeh revealed that the local commander had requested confirmation to fire from his superiors, but could not contact them due to a glitch in the communications system. According to Hajizadeh, the operator “took the wrong decision” during the “ten-second” window during which his battery could either shoot or ignore the incoming unidentified flying object. 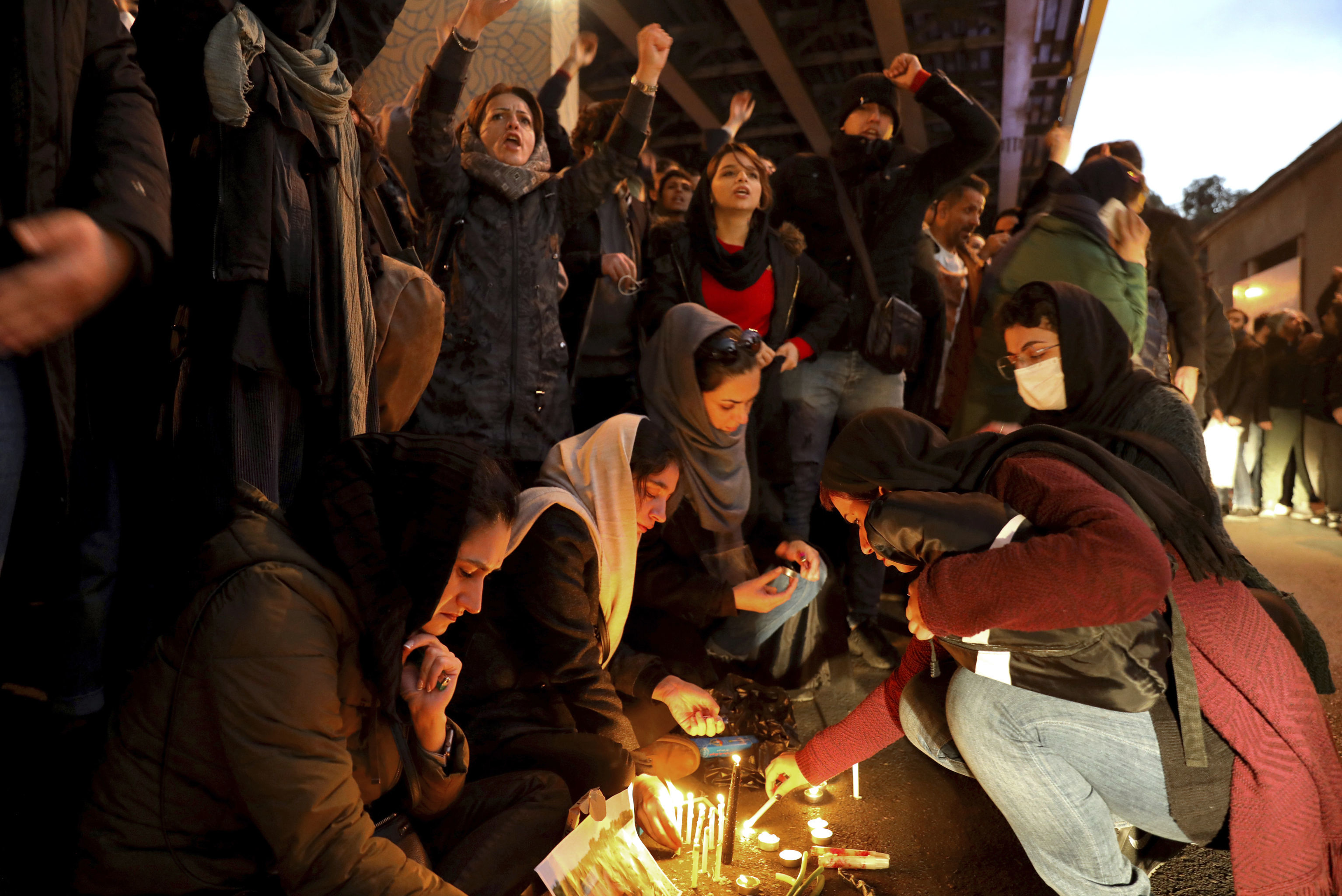 Iranian Foreign Minister Mohammed Javad Zarif confirmed early Saturday that Iran shot down the Ukrainian Boeing 737, citing “human error.” Zarif expressed Iran’s “profound regrets, apologies and condolences to our people, to the families of all victims, and to other affected nations.”

All 176 passengers and crew on board the plane were killed, including 82 Iranians, 63 Canadians, 11 Ukrainians, 10 Swedes, 7 Afghans and 3 Britons. Leaders in Kiev and Ottawa said they expected formal apologies, compensation and “closure” over the incident. Canadian Prime Minister Justin Trudeau held a press conference Saturday, saying Canada still needed “clear answers” to determine whether the plane’s shootdown was indeed accidental. On Sunday, Israeli Prime Minister Benjamin Netanyahu accused Iran of “deliberately lying” about the plane’s fate, and accused Tehran of acting in an 'uncivilized' way by failing to immediately admit responsibility.