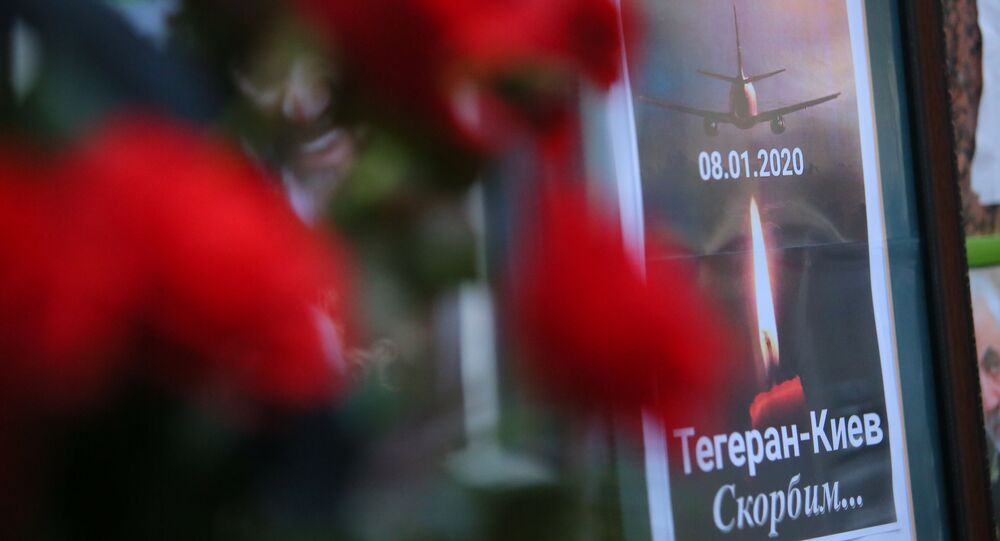 Earlier on Sunday, UK Ambassador to Iran Rob Macaire denied that he was taking part in Tehran protests that allegedly called for the prosecution of those responsible for the fatal mistake that led to the recent downing of the Ukrainian Airlines plane in the Iranian capital.

Tehran has summoned UK Ambassador to Iran Rob Macaire over his participation in an anti-government rally, according to a report published on the Iranian Foreign Ministry's website.

“Today, Rob Macaire was summoned because of his unconventional behaviour of attending an illegal rally on Saturday”, the report said.

This comes after Macaire claimed on his Twitter page that he had not participated in protests in Tehran that ostensibly called for punishing those responsible for the fatal mistake that led to the downing of the Ukrainian Airlines plane in the Iranian capital earlier this week.

He tweeted that he actually attended the rally “to pay respects” to victims of the crash, some of who were Britons.

In a separate tweet, he wrote that he was arrested half an hour after leaving the vigil, adding that arresting diplomats is “illegal in all countries”.

Meanwhile, the Iranian hardline militia Basij has staged a demonstration outside Britain's embassy in Tehran demanding its closure, in a show of protest against Macaire’s detention.

AFP news agency reported that at least 200 protesters were taking part in the rally, during which they set a Union Jack on fire in front of the UK embassy in Tehran, also chanting “Death to Britain”.

The developments come after Iran admitted on Saturday that its military had unintentionally shot down the Ukraine International Airlines Flight 752, taking full responsibility for the crash and expressing its condolences to the families of the victims and all nations involved.

Amir Ali Hajizadeh, commander of the Aerospace Force of the Islamic Revolutionary Guard Corps (IRGC), said for his part that the military mistook the jet for a cruise missile and shot it down by mistake. The statement was preceded by Iran insisting that the crash that killed all 176 people on board occurred due to a technical error.​

The downing followed the Iran missile attack on US military forces at the Ayn Al-Asad Air Base and a facility in Erbil in Iraq on Wednesday, in retaliation for the assassination of the commander of the country’s elite Quds Force, Qasem Soleimani, in a US drone strike.

The attack, which was ordered by President Donald Trump and condemned by Tehran as an act of terror, worsened further the already tense US-Iranian ties which have been deteriorating since Washington's unilateral withdrawal from the 2015 Iran nuclear deal, also known as the Joint Comprehensive Plan of Action (JCPOA).