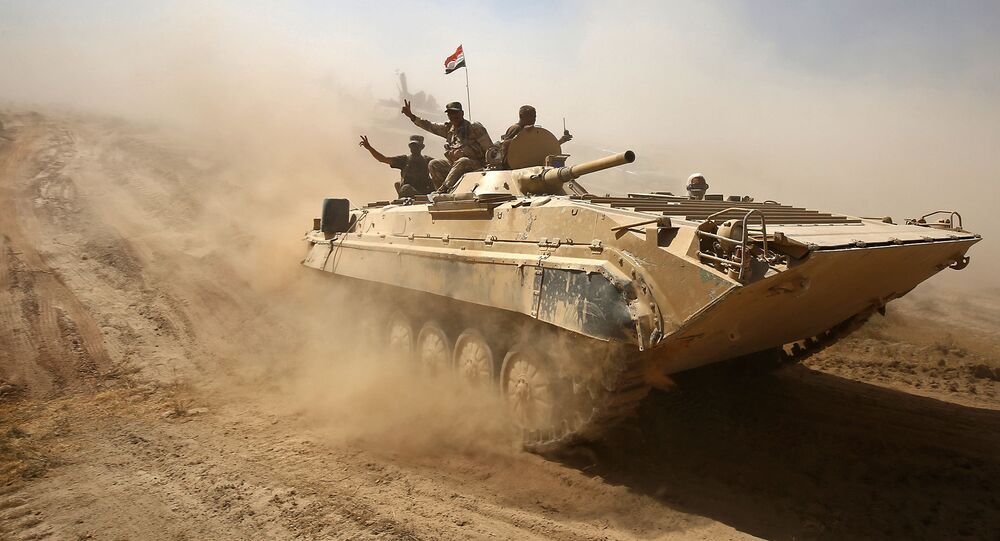 The raid reportedly occurred while the Iraqi Hashed al-Shaabi were heading to the Lebanese Hezbollah militias, carrying a batch of ballistic missiles.

The Lebanese news outlet Al-Mayadeen wrote that the raid was carried out by Israeli aircraft, citing sources in the field. It said the raid targeted a weapons transport.

Israel hasn’t commented on the reports, rendering it impossible to verify the data.

The US-led military coalition operating in Syria and Iraq denied carrying out the strike through a spokesman reached by AFP.

Explosions were reported late Thursday at a base near the Iraqi-Syrian border believed to be occupied by Shiite militias, in what was a suspected airstrike.

Per DeirEzzor24, a batch of weapons was targeted in the attack while on its way to Lebanese militia group Hezbollah. The shipment reportedly included ballistic missiles belonging to the Imam Ali Brigade, a Shiite militia controlled by the Iran-backed Popular Mobilisation Forces.

The airstrike comes against the backdrop of intensified tensions in the region that peaked when Quds General Qasem Soleimani and Abu Mahdi al-Muhandis, the actual head of the PMF, were killed in a US-conducted drone attack at the Baghdad Airport, prompting a retaliatory strike by Iran in the early hours of Wednesday.

In September, similar strikes in the same area of Syria that destroyed big parts of a storehouse known as the Imam Ali weapons compound were attributed to Israel.

Israel reportedly believed the base, which was guarded by Soleimani’s Quds Force, was a major part of Tehran’s effort to develop a so-called “land bridge” that would allow the Islamic Republic to easily move weapons and fighters from Iran through Syria and Iraq all the way to Lebanon.

In the wake of the storehouse strike, members of a Shiite group in Syria fired a number of rockets toward Mount Hermon on the Israeli Golan Heights from the outskirts of Damascus, according to the Israeli military, with the projectiles ending up inside Syrian territory.

Denmark Only Scandinavian Nation to Move Troops From Iraq Amid Escalation