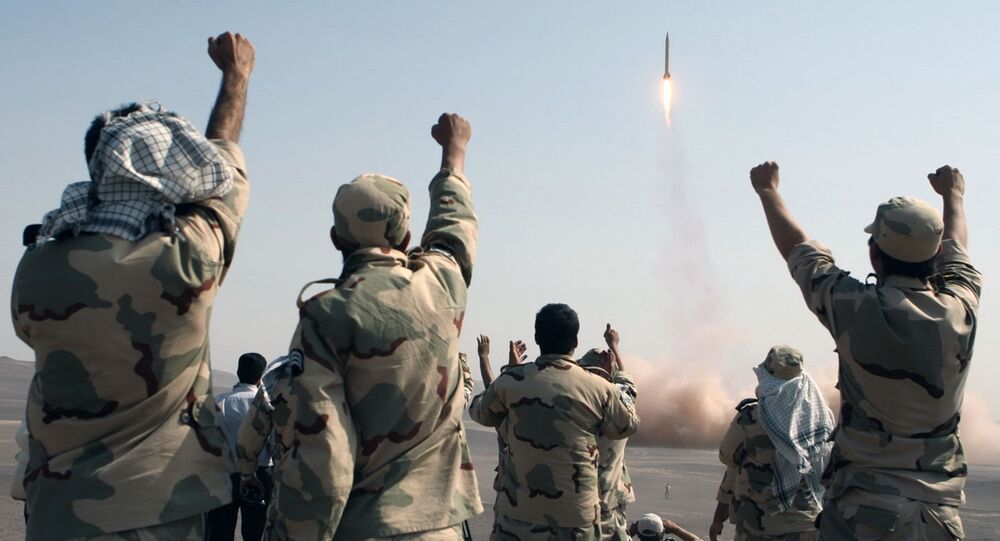 Tehran launched a missile strike on military facilities in Erbil and the Ayn al-Asad Air Base in Iraq where US forces are housed in the early hour of 8 January in response to Washington's assassination of elite Iranian Quds Force Commander Qasem Soleimani. Iran's Supreme Leader Khamenei has called the attack a “slap” in America’s face.

Islamic Revolutionary Guard Corps (IRGC) Commander Abdollah Araghi has warned that Iran will take a "harsher revenge" in the near future in response to the US missile strike that killed IRGC general and Quds Force commander, Qasem Soleimani, on 3 January, Tasnim News Agency reported.

His statement comes after Chief of Staff of the Iranian Armed Forces Mohammad Bagheri warned Washington that any future attacks by the US will be met with a “stronger, more crushing, and broader” response from the Islamic Republic than the one it gave on 8 January.

The Iranian missile attack that caused damage to US military facilities in Erbil and the Ayn al-Asad Air Base in Iraq, but resulted in no casualties, was called a "slap" in Washington's face by Iranian Supreme Leader Khamenei. On the same day, a statement by the country’s Army warned that if the US repeats "its crimes", the "slap" will turn into a "fist".

US Stands Down After Iranian Missile Strike

Following Tehran's attack on US military facilities in Iraq, US President Donald Trump made a statement in which he announced that no American servicemen were hurt in and that the military bases sustained only minor damage. He said that the Islamic Republic will be slapped with new sanctions over the missile strike, but stopped short of announcing any military retaliation. It is not yet clear, what these sanctions will entail.

Trump added that the US wants "a great future" for Iran and is ready to work with Tehran towards this end, but at the same time warned that Washington possesses "big, powerful, accurate, lethal, and fast" missiles, which it does "not want to use" against Iran.

Live Updates: US is ‘Poised and Ready’ as Iran Vows to Follow Soleimani’s Path