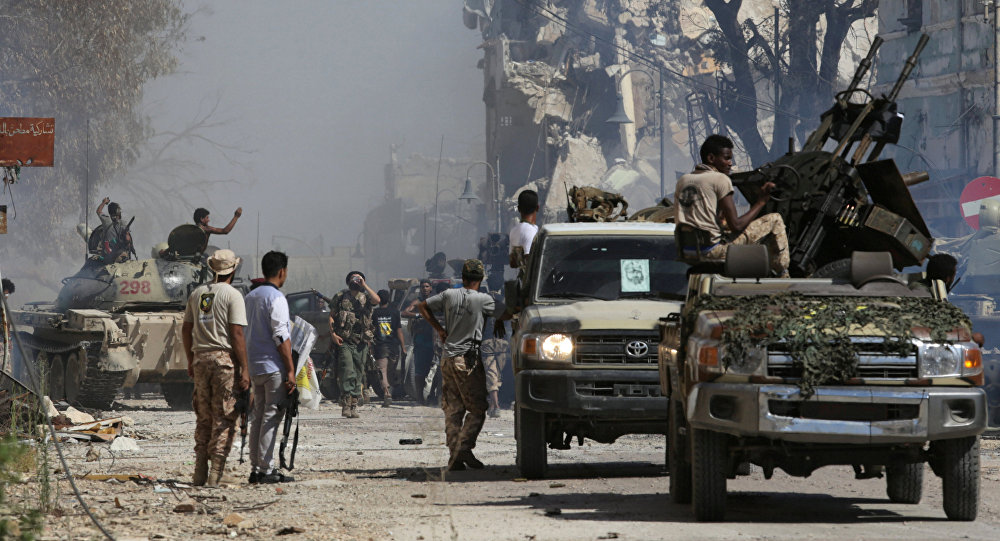 MOSCOW (Sputnik) - Aref Ali Nayed, an envoy for the eastern Libyan government, said on Tuesday that the functioning of basic infrastructure services in the coastal town of Sirte, south of Tripoli, had been restored since the city was recaptured by the Libyan National Army (LNA) from rival forces.

"Already schools and hospitals are reopened, police are everywhere. The interior ministry has effectively taken control of all the streets and key locations. It's already transformed from a military operation into policing operation. There is total security in the city now," Nayed said.

He added that an emergency committee had been ordered to secure basic services from bread to medicine, clean water and maintaining the electrical and communications grid.

Additionally, the envoy said the leadership of the city had gathered on Monday night to show support for the LNA.

"All the social fabric and notables of Sirte gathered last night and made a public announcement welcoming the Libyan Army and the Libyan Parliament and it's legitimate government to Sirte, pledging support and also committing to social harmony, safety and well-being of all concerned," Nayed said.

On Monday, the LNA, which launched a new offensive on Tripoli in December, entered Sirte, which had been controlled by forces aligned with Libya’s internationally recognized Government of National Accord (GNA), and declared full control over the city.